What kitchen tasks are microwaves useful for?
Mark, Durham

According to a recent study by energy firm Utilita, microwaves typically cost 8p a day to use, compared with 87p for an electric cooker, so you are wise, Mark, to utilise yours in these tight-belted times.

Besides defrosting, reheating and melting things such as butter and chocolate, you could also cook veg in one. “It’s my preferred method,” says chef Tim Anderson, whose latest book, JapanEasy Bowls & Bento, is out in October: “You retain flavour, colour, texture, and can fine-tune the cooking to the second.” Not everything works, but he has had more hits than misses. “Green vegetables such as broccoli, green beans, asparagus, mange tout and spinach are fantastic in the microwave,” he says. Ben Tish, chef director of the Cubitt House group in London, agrees: “Put green, leafy veg [kale or cavolo nero, say] in a bowl with a splash of water, lemon juice, salt, pepper, chilli flakes, sliced garlic and a good amount of extra-virgin olive oil.” Cover and cook on high until wilted for “delicious ‘braised’ Italian greens [that are] as good as the traditional method”.

You get good results with aubergine, too. Anderson quarters his, then softens them in the microwave for two to three minutes, to make mapo aubergine, a Japanese take on the Sichuan mapo tofu. Handily, the rest of the dish can be done in the microwave, too: zap mince, loosely covered, for a few minutes, add chunks of the softened aubergine, peppers, leeks and oil, mix and microwave. Pour over a sauce – “garlic, ginger, doubanjiang, sugar, soy sauce, vinegar, sake, red miso, ketchup, that kind of thing” – mix and give it another blast. “You end up with this delicious, fudgy, spicy-sweet aubergine dish.”

The benefits of a jacket or sweet potato are undeniable, and a microwave speeds things along nicely. “People always talk about how you can’t beat them done in the oven, but the oven takes ages and [uses] a lot of energy,” says Melissa Thompson, author of Motherland, published this month. She starts her sweet potatoes in the microwave: “They don’t take long, maybe 10 minutes, then finish them in a super-hot oven or air fryer, which is energy-efficient.”

Also on the substantial side is rice (as a risotto, say, or with chicken), fish such as salmon poached in sauce, white fish en papillotte (in paper) or fried eggs (US chef and founder of Momofuko, David Chang, greases a bowl, adds salt and cooks at 30% for 90 seconds). Then there’s pasta, which Anderson found himself craving in the heatwave. To avoid “pumping steam into the kitchen”, he experimented by microwaving yellow peppers, olive oil, garlic, olives, salt and pepper for six or seven minutes, until soft. He added tinned chickpea, heated them through, then blended the lot and combined it with pasta (also cooked in the microwave): “It’s never going to be the best pasta you’ve ever had, but it was efficient and easy.”

The same goes for microwaved cakes, Thompson adds. “Kids are always impressed.” You don’t need many ingredients, either: “A bit of flour, butter, sugar, eggs, maybe chocolate, mix it up, put it in the microwave for a minute and a half, and you end up with something resembling cake.” And, sometimes, that’s just what you need. 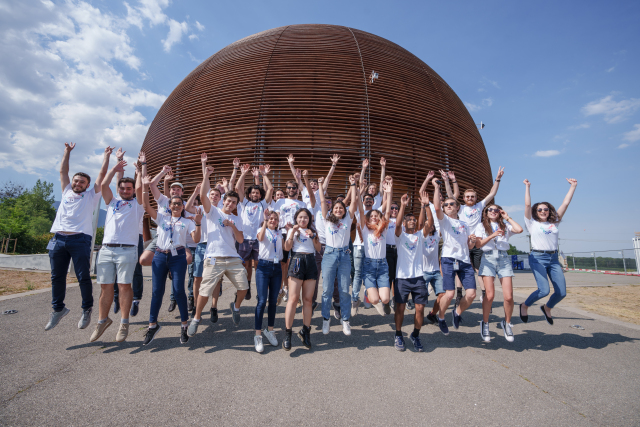