My love of food gadgetry started long before I showed any interest in cooking.

When I was a child, my preferred way to spend a weekend morning was to watch infomercials on TV. My favourite was the practically feature-film length ad for the Magic Bullet.

In it, husband and wife Mike and Mimi invite a group of fellow couples into their kitchen to introduce them to the wonders of their blender system, and its ability to whizz up smoothies, chop salsa and – apparently – reinvigorate marriages.

I loved commercials for everything from fancy soup ladles to the infamous Slap Chop. I even convinced my parents to buy me the Pasta Express, which was really just a plastic tube that managed to turn spaghetti into one very al dente lump.

Today, home cooks have enthusiastically embraced the air fryer, the Instant Pot and the Vitamix blender.

From avocado pitters to countertop composters, these devices can range from no-tech to high-tech; they can be highly specialized at one task or, like the Thermomix or Suvie, claim to do everything. The tools promise to save us time, make us more mindful of sustainable or healthy eating or simply produce the crispiest roast chicken.

The curator and writer is the author of Tools for Food, a book that chronicles the origins of 250 essential food gadgets like peelers, baking forms and mortar and pestles.

“I wanted to survey the design and cultural history of these tools from around the world and turn them into a beautiful book, a book that didn’t yet exist,” she says.

Mynatt says that most innovation in food tools occurred over the past 200 years, led by the rise of the machine age, fairs like 1852′s Great Exhibition in London and the general interest in mechanized technology. “That’s when you started to see things like mechanized apple peelers and cherry pitters,” Mynatt adds.

Today’s version of the London Exhibition may well be TikTok, where users post videos about ‘life-changing’ food gadgets, frequently found on Amazon.

On a recent scroll, I was introduced to a battery-powered veggie peeler and a truly hilarious three-pronged vibrating silicone tool that you place into a pan to stir for you.

After centuries of innovation, I can’t help but wonder if we’ve hit a limit on how much more we can do. It all starts to border on solutionism – or, solving cooking problems that don’t actually exist.

For every die-hard fan of this or that gadget, there’s an equally passionate naysayer. Lara Buchar is an editor at Food Network Canada, with a hard rule on what makes it into her kitchen.

“I won’t buy anything a good knife can accomplish – like a garlic press, apple corer or egg slicer.” Buchar says she’s owned all of the above at some point, but noticed they were gathering dust in her cupboards. “As I’ve become a more savvy home cook, I realized that less is more.”

This minimalist philosophy is something Mynatt echoes: “I know that there’s a lot that I can do with very few tools in my kitchen,” she says. But, she adds, the right, often low-tech, tools can actually enhance our sensory experience of food.

“I was at the grocery store recently and I noticed all these pre-shelled nuts. It made me realize how much we lose by not cracking the shells ourselves.” A device that unlocks the rich, woody smell of a freshly revealed walnut heart suddenly doesn’t seem so superfluous.

“The impulse to want things better and faster isn’t really new,” Buchar says. Indeed, we have been spoiled by next-day delivery and restaurant food that can be brought to our door with a few taps of our smartphones.

And we want to own objects that work hard – because we do. “The gadgets that seem to have taken the biggest hold over our collective consciousness are the ones that allow us to multi-task. We’re constantly expected to stretch our time further, and I think these gadgets are a reflection of that,” says Buchar.

The embrace of certain kitchen tools is also cultural. A rice cooker is essential for Buchar, who grew up in a Chinese household, while Mynatt recalls that her family in France adores their slow cooker. In warmer climates, plugging in an appliance is a preferred alternative to turning on a hot stove.

Plus, certain tools make cooking more accessible to those living with a disability or chronic pain.

We all get lured into fads – Buchar admits to buying a toast stamp to etch an Eiffel Tower into her bread – but, ultimately, your gadgets should reflect your approach to cooking.

“If you’re someone who makes an apple pie every week, maybe it is worth it to own an apple corer. If, like me, you make one apple pie annually, a knife will do just fine,” Buchar says.

For my mother, cooking is a lifetime chore. It’s all about making cooking as efficient and painless as possible. For me, it’s a creative exercise. I may seek out gadgets and gizmos that claim to enhance the taste of my dishes or let me attempt advanced techniques.

The best tools for those who enjoy cooking are the ones that work in conjunction with hands-on kitchen time.

“While my whole chicken air fries to crispy perfection, I can take my time preparing a leafy green salad, mixing the dressing by hand, and slicing a nice French baguette to serve it with,” Buchar says, adding that the joy of cooking doesn’t come from pressing a button on her trusty air fryer, “but it certainly makes that joy more accessible.”

Mon Sep 19 , 2022
Queen Elizabeth II passed away on Sept. 8. Just 24 days later on Oct. 2, the Vikings and Saints are scheduled to play in Tottenham Hotspur Stadium in London as part of the league’s international series. Had the Queen passed the same week an NFL game was scheduled in London, […] 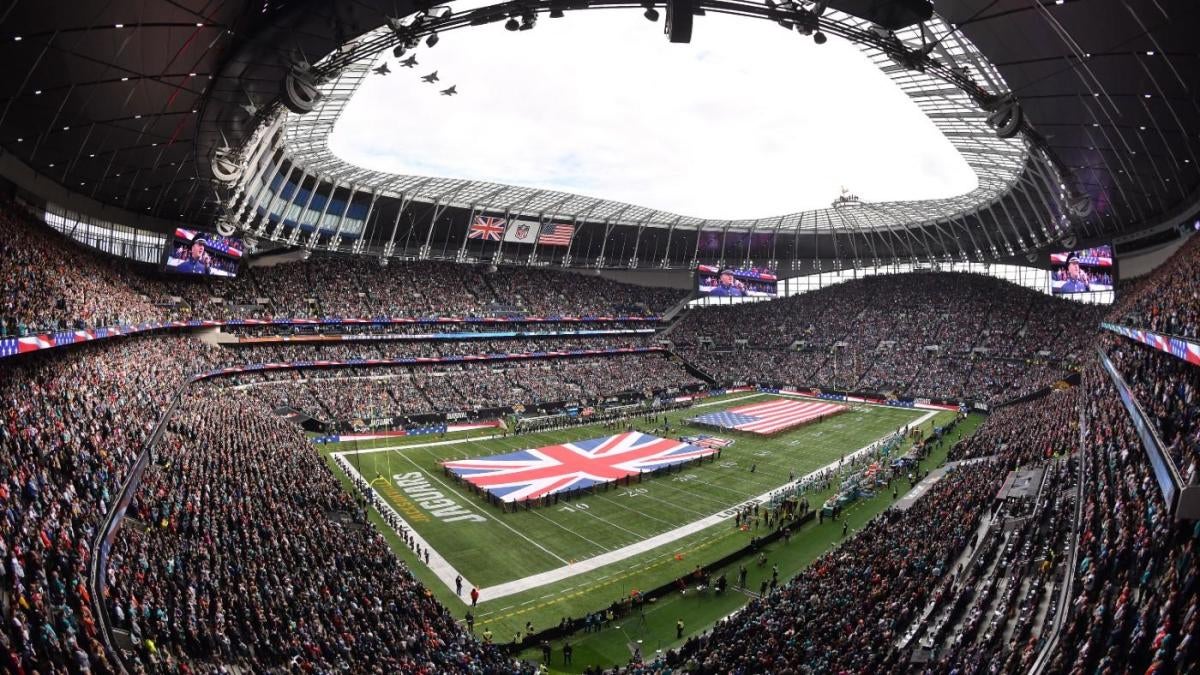