“We had a long trip last night, but we made it here safely,” Woodson said. “I’ve gotta get our players’ program ready to play a good, well-coached team in St. Mary’s and their ball club.”

IU’s charter flight out of Dayton, Ohio, on Tuesday night following its 66-58 win over Wyoming was delayed for close to three hours. It began with a weather delay, and then IU was forced to change planes. The NCAA arranges charter flights for all tournament teams.

As a result, IU didn’t arrive in Portland until 7 a.m. Pacific time, three hours behind schedule.

“Slept a little bit on the plane, but it was bumpy,” IU junior forward Trayce Jackson-Davis said. “And getting here, and then the bus ride was 30 minutes to the hotel. So by that time I was like, ‘Can we please just get here?’ We finally got to the hotel room, and I probably fell asleep in three minutes.”

Woodson said after the team woke up early Wednesday afternoon, most of the preparation centered on walkthroughs and film study before the light open practice.

“We’ll watch film and (Thursday) morning, we will get up and do our normal routine and get ready to play,” Woodson said.

Jackson-Davis said, given the stakes, IU can’t use it a crutch heading into Thursday’s matchup with Saint Mary’s, which starts at 7:20 p.m. Eastern and 4:20 p.m. Pacific.

“Going in, maybe you don’t get as much sleep as you want, but you’re playing one game, and this one game could be the last game of your season,” Jackson-Davis said. “You don’t have time to hone in on how tired your legs are because all you want to do is win that game. So it’s basically whatever it takes. And maybe our legs are tired, but we’re going to play through it and play as hard as we can.”

It wasn’t all that bad during the flight delay. Starting point guard Xavier Johnson said he made a Tik Tok video.

There was chatter during IU’s First Four game about the new basketballs Wilson introduced for this year’s men’s and women’s basketball tournaments. IU was one of the first teams to use the new ball.

Johnson said it may have impacted his 3-of-12 performance from the field against Wyoming.

“It’s just different. It’s more sticky, and it’s hard to — it’s a different English going off the glass when you make layups. That’s probably different about it.”

Former Indiana Pacers forward Dale Davis made the trip to Portland to watch his son, Trayce Jackson-Davis, play this week in the NCAA Tournament. Jackson-Davis has been on a tear in the postseason, averaging 23.8 points and 8.5 rebounds over his last four games.

“The only thing that he really told me — after watching the Big Ten tournament, he said I have to continue to play the way I’m playing,” Jackson-Davis said. “He said I’m doing a lot of good things for the team. We sat down and had dinner the night before we left, and he said bring it to ’em. So I’m basically just going to try to keep playing at that level.”

In-store clothes shopping is up nearly 22% from last year

Sun Mar 20 , 2022
The saying “all dressed up with nowhere to go” seems like a pretty apt description of the American public right now. With mask mandates and other COVID-19 restrictions falling away, more Americans are heading out to shop. In-store purchases of clothing and accessories are up nearly 22% from a year […] 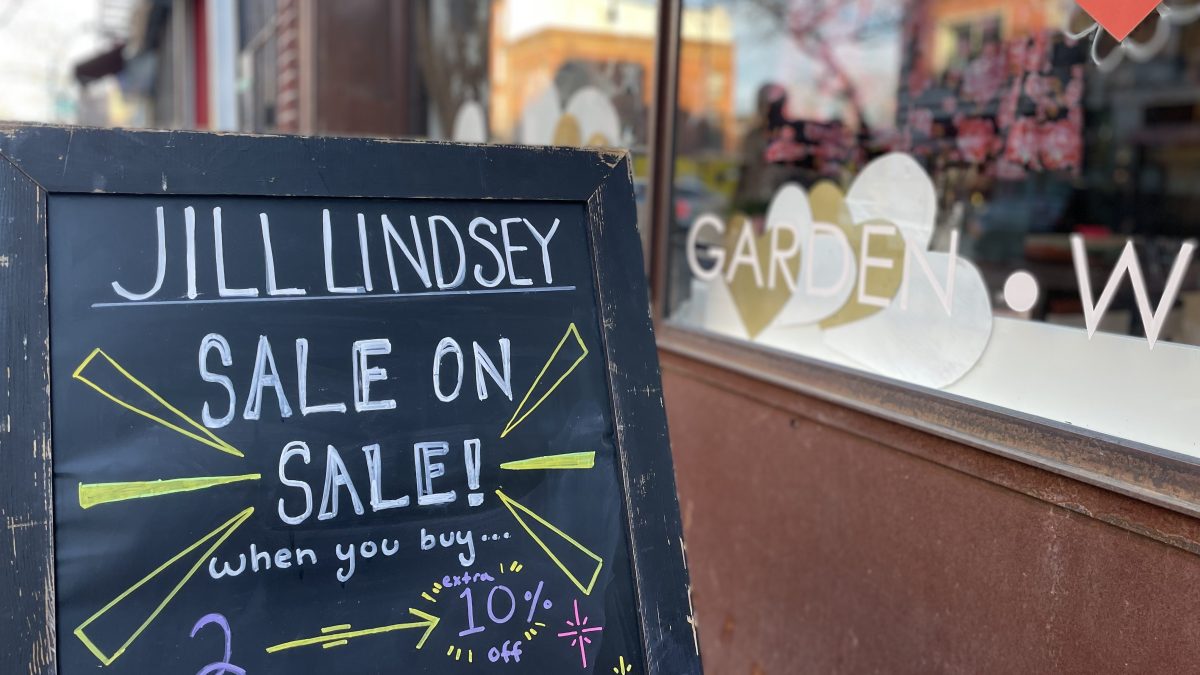