Sheila and Kevin Stumpf, owners of the Marker 126 travel center, stand in front of the construction progress of the project. The project broke ground in October and is expected to be complete this summer.

DUNCOMBE — In just four short months, travelers making their way across Iowa on U.S. Highway 20 will have a new spot to stretch their legs, fill their gas tanks, grab a bite to eat and fuel up on caffeine.

Construction on the 10,000-square-foot Marker 126 travel center, located at 2339 Poplar Ave. south of Duncombe, is expected to be complete this summer, with a tentative opening date in the first week of August, owner Kevin Stumpf told The Messenger.

After some initial pushback from some local community members who were unhappy with Stumpf’s proposal to build a travel center at the site, the Webster County Board of Supervisors approved his request to rezone the land from an agricultural preservation designation to a general commercial one in September.

Marker 126, named for its location near mile-marker 126 on U.S. Highway 20, will have a convenience store as well as a restaurant named Table 126 and coffee shop called Brew 126.

“We want to offer a higher-end experience and coffee is a pretty popular item,” co-owner Sheila Stumpf said. “It kind of goes hand-in-hand with traveling — you need a little caffeine for your trip sometimes.” 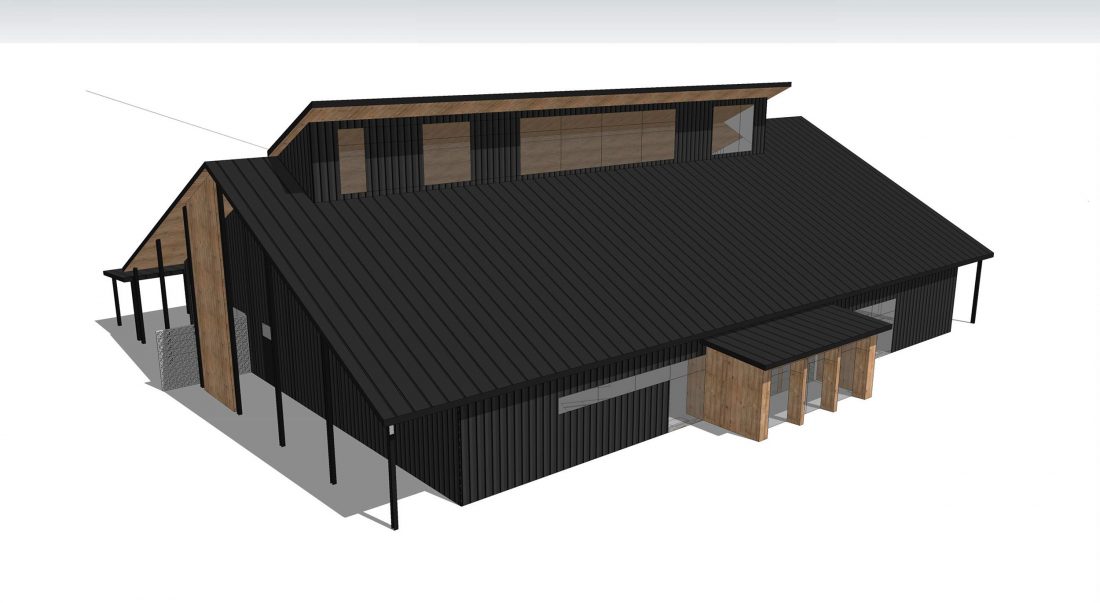 This rendering shows an aerial view from the southeast of the final design of the Marker 126 travel center, located at the intersection of Poplar Avenue and U.S. Highway 20. The travel center is expected to be complete this summer and open in August.

The convenience store will still have self-serve brewed coffee, she said, but the coffee shop will offer specialty espresso and coffee drinks.

The coffee shop and restaurant will have plenty of seating options, Kevin Stumpf said.

“There will be a mezzanine area above the restaurant for additional seating, and then there will also be an outdoor seating area on the back side of the coffee shop,” he said.

There will also be an option to reserve the space on the mezzanine for meetings, the Stumpfs said.

The travel center will have eight gas dispensers and seven diesel dispensers. 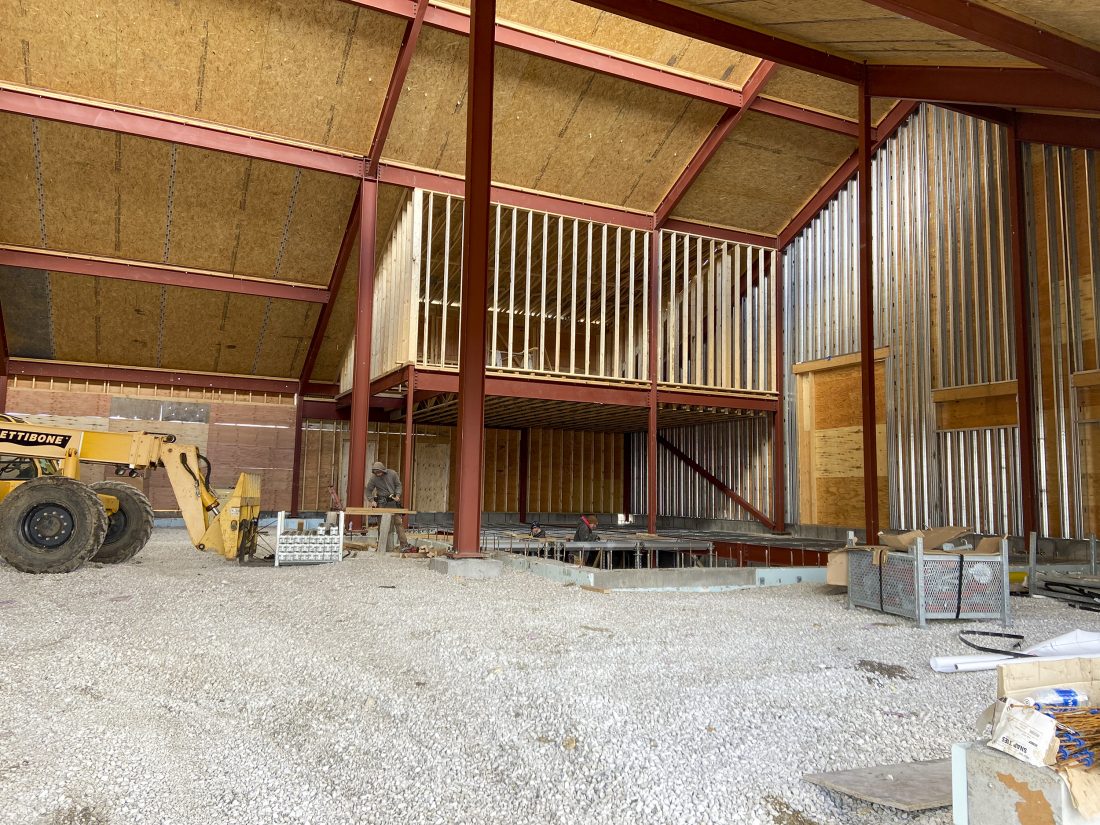 Construction on the travel center has made noticeable progress as the building’s frame and exterior structure has steadily risen over the last few months. It will have some unique architecture for the area, Sheila Stumpf said.

“The structure has a kind of a mid-century modern vibe with a lot of industrial kind of touches too,” she said. “So it’s kind of a mix of the two types of design.”

Sande Construction & Supply Co. Inc., of Humboldt, is the contractor for the site.

He said he thinks some of the concern and resistance to the project was because of how much was unknown.

“I think from the beginning, they are worried about whether we are actually going to own it? Or are we going to sell it to a KwikStar or a Casey’s?” Stumpf said. “I’m a farmer and I’ve never done this before, but this is my ambition. This is my baby and I’m going to be proud of it.”

Stumpf said his top priorities for the travel center are safety and cleanliness.

Stumpf said he saw a need for a place for travelers along U.S. Highway 20 to be able to stop without driving miles into a nearby town, and that travelers and their money are passing through Webster County without stopping.

“It makes sense to have it right along the (Highway 20) corridor,” he said. “They’re not going to want to drive up to six or seven miles when they’ve been on the road for hours. They want to get off and get back on again and get going.”

There isn’t much right off the highway between Grundy Center to the east and Holstein to the west, Sheila Stumpf said.

The Sparky’s One Stop, located at the junction of U.S. Highway 20 and Iowa Highway 4 near Rockwell City in Calhoun County, burned down in November.

Marker 126 is already looking to hire staff. Kevin Stumpf said he estimates they’ll have 30 to 40 staff positions available. Initially, the store will be open daily from 5 a.m. to 11 p.m., but he noted the possibility of expanding hours if the need is there and staff are available.


Vehicle pursuits are increasing across the state, according to Iowa State Patrol Trooper Paul Gardner.

The 1300 block of Central Avenue is closed to all traffic due to a water main break.

Water is bubbling out of the …

Wed Apr 13 , 2022
shaunl / Getty Images Some well-known perks of having a Costco membership are its budget-friendly prices and exclusive discounts for members. While you probably head for Costco when you want to bulk-buy groceries or other household staples, you might not have thought about checking out how your membership can help […]