Ask anyone who enjoys TV cooking competitions what show’s their favorite, and they’ll likely have a different answer: It could be the stalwarts, Chopped and Top Chef; new school streaming shows like Is It Cake? and Baker’s Dozen; or, of course, twee sensation The Great British Bake Off. But the mother of all cooking shows is, and will always be, Iron Chef. Launched in 1993 in Japan, the original version, hosted by the regal Chairman Kaga, was deadly serious in its exuberant quest for culinary excellence, an attitude flipped on its head with the campy, hilarious dubbing that followed when the Food Network began airing it in the U.S. in 1999.

Iron Chef, in all its splendor, threw both its esteemed Iron Chefs and ambitious challengers into a grand arena — “Kitchen Stadium” — a spectacle unlike any other on television. The show was the progenitor of cooking as sport, challenging two chefs to cook the better meal using a shared theme ingredient, and it enthroned chefs as heroes. In turning cooking into storylines akin to pro wrestling drama, the original Iron Chef reinforced the notion of chefs as auteurs, or chefs as icons worthy of veneration. The opening monologue dubbed the Iron Chefs “the invincible men of culinary skills,” playing up the idea that if “ever a challenger wins over the Iron Chef, he or she will gain the people’s ovation and fame forever.”

But as reckonings within the restaurant industry have peeled back some of the long-standing reverence for chefs, the rebooted Iron Chef: Quest for an Iron Legend, which premiered on Netflix, raises the question of why we should still care about elevating chefs into this level of admiration. (Food Network’s long-running version, Iron Chef America, which ran from 2004 to 2018, now seems like a relic of a prior era, with the now-disgraced Mario Batali one of its early Iron Chefs.) Quest for an Iron Legend addresses the “why care?” question much like the original does: by selling us on who these competitors are, and why their stories should matter to us. The show’s dramatic music, quick zoom-ins, and slow-motion victory poses feel ham-fisted compared to the more stoic Japanese vision, but overall, the formula continues to work.

Netflix’s reboot brings back the original Food Network duo Alton Brown as host with actor Mark Dacascos as Chairman Kaga’s “nephew.” But with an entirely new set of judges, challengers, and Iron Chefs, the show doesn’t have time to develop the names of its in-house heroes, so they instead come with years or even decades of prior culinary success and recognition: think Curtis Stone, Marcus Samuelsson, Ming Tsai, Dominique Crenn, and Gabriela Cámara. There’s also a diverse cast of competitors: Mason Hereford of New Orleans’s Turkey and the Wolf, Esther Choi of New York City’s Mokbar, Curtis Duffy of Chicago’s Ever, Claudette Zepeda of San Diego’s Vaga, Yia Vang of Minneapolis’s Union Hmong Kitchen, Mei Lin of LA’s Daybird, and Gregory Gourdet of Portland’s Kann. There’s no lack of culinary ability here, and these chefs come with as much acclaim as the Iron Chefs, though with fewer years of experience, certainly.

(There are spoilers from this point on)

The original Japanese Iron Chef was an overly stylized, dramatic duel of culinary wits, pitting established older male chefs against the often stoic Iron Chefs of Chairman Kaga’s stable (Masaharu Morimoto, one of the Japanese Iron Chefs and a longtime Iron Chef in the American version, makes a key judging appearance in the Netflix reboot). Iron Chef America featured a similar dynamic of intense competition, but with hosts that provided levity. The Netflix version carries most of the tone and approach of Iron Chef America. In the new Kitchen Stadium, human audiences have been replaced by CGI graphics and piped in applause, adding an edge of cheesy, “don’t take this too seriously” attitude. Top Chef alum Kristen Kish is now the sideline reporter along with Brown, who continues his streak of factoids while Kish adds her own extensive cooking knowledge to the commentary.

Cosmetic changes aside, the show argues that the overall goal for the chefs remains the same: the possibility for glory, or winning for the sake of simple pride in one’s work. In the new Iron Legend, there’s a throughline goal that’s supposed to motivate competitors: the highest-scoring competitor who clears their first battle competes in a finale against all five Iron Chefs. If the challenger wins, they are given the title of Iron Legend, receive a plasticky golden chef’s knife as a trophy, and, of course, some ineffable recognition as a next-level master. With pride and glory as the primary motivators, the show wills us to believe that chefs covet the knife-shaped trophy. It feels convincing because of the verisimilitude of the frenetic, high stakes exhibition on TV to the often intense pressure cooker environments of professional kitchens. In all Iron Chef formats, the level of cooking on display — minus the inclusion of two former ill-equipped NFL players in the current series — always seemed to be more rigorous than in other competitions.

Of course, the audience will never get the chance to try any of this food. But the show translates taste and flavor in the backstory and perspective of each chef, which in turn gives viewers a sense of what the judges are eating without a more on-the-nose, post-recording interview typical of other reality shows. For the most part, this works because competitors often lean on their heritage and identity for assembling flavors.

As an example, Choi says her grandmother deserves all the credit for her love of food, but she crafts a menu that weaves in traditional home cooking like a king crab bibimbap to something more polished, like a kimchi butter lobster ramen she might serve at her Brooklyn restaurant. Fighting tears, Choi tells the judges, “every dish we put out there has to do with our culture and who I am.” Banking on heritage is certainly not a new one in Iron Chef, but with the earliest seasons essentially expressions of classical European or East Asian cuisines, and later Iron Chef America menus spanning a more international approach, it’s refreshing to see young chefs not just unafraid of boasting their cultures, but amplifying them without pandering to the perceived standards of French, Italian, Japanese, or Chinese cuisines. And the screen time to put previously lesser known cuisines into the limelight, such as Gourdet’s Haitian, Vang’s Hmong, or Zepeda’s border Baja California flavors, feels like a smart move in 2022.

Cooking competitions are excellent television, but also absurd. Rooting for the competitors or Iron Chefs on Iron Legend feels similar to rooting for superheroes in our age of Marvel and D.C: There’s a sense of futility. On-screen, it’s hard to feel a palpable conflict between competitors, and there’s enough high-fiving and long-hugging to make you wonder if the chefs came onto the show feeling like there was a lot at stake.

But I kept coming back to personal stories that resonate in the food and cooking. Black and white or slow-motion recollection were a regular part of the Japanese Iron Chef, either the Chairman’s own or the competing chef’s nostalgia. It was those moments on Iron Legend that I felt most interested in who was competing and why, such as when Choi recalled her Korean grandmother or when Vang talked about the Hmong flavors he learned after immigrating to the U.S.

Choi, who was one of just two competitors who beat an Iron Chef, earns the highest score and therefore the chance to cook for the Iron Legend in a big season finale that pits her and her brave two sous chefs Ilji Cheung and Jin Jang against all five Iron Chefs. Choi leads the judges through her entire culinary career, undergirded by her Korean heritage. In the end, her team falls short by a mere point, a result that seems suspect to help propel the show into another season. But seeing Choi, with whom I’ve recorded a video at a restaurant named after her grandmother, and someone I see as a future luminary in the modern Korean food scene, felt like someone worth rooting for.

Maybe that’s why references to the real culinary influences — mothers, fathers, grandmothers — convinced me that acknowledging chefs for their cooking skills is a worthy endeavor; that maybe the quest for an Iron Legend is less about the desire for glory, but understanding; that family and cultural roots, nostalgia, and memory are more powerful flavors than technique or prowess; and ultimately, that the battlefield itself is meaningless without knowing why the food matters on the plate. At the beginning of each episode, the original Iron Chef displayed Jean Anthelme Brillat-Savarin’s adage, “Tell me what you eat, and I will tell you what you are.” Maybe the new Netflix edition should say, “Show me how you cook, and you have told me who you are.”

The freshest news from the food world every day

Mon Jul 18 , 2022
DALLAS, July 15, 2022 (GLOBE NEWSWIRE) — What happens when a professional cyclist experiences some pain points as a traveling athlete? Does he give up his passion for athletic traveling or does he devise a solution? When faced with the challenges of missing the right equipment or having no access […] 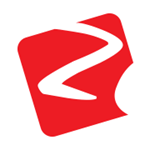