The return of Fred VanVleet and OG Anunoby is not going to be too far away.

Both Toronto Raptors players are planning to travel with the team on the upcoming road trip, Raptors coach Nick Nurse said Friday. The Raptors will play six road games between Sunday and next March 16 before they return home to take on the Los Angeles Lakers on March 18.

There remains no timeline for VanVleet’s return, Nurse said. He continues to battle an ailing right knee that’s been plaguing him since before the All-Star break.

Anunoby, meanwhile, is expected to be out for about the next two weeks as he recovers from a slight fracture in his right ring finger.

In the meantime, the Raptors are hoping their secondary players can step up and knock down a few more three-pointers while the two recover. Gary Trent Jr. has struggled since returning from the break, shooting just 29.2% from the floor and 27.0% from behind the arc, and at least part of that is due to Toronto’s lack of floor spacing with Anunoby and VanVleet out.

“OG and Freddy are our main guys percentage-wise and have been around and all that kind of stuff. But all the other guys can chip in,” Nurse said. “We saw that in Brooklyn the other night where everyone threw in a couple: Chris, Precious, Thad, there are probably some other guys. Svi, Yuta. It really helps us if Chris or Precious can knock one or two of them down, that’s for sure. For me, if the shots come to them in rhythm and they’re open, whoever it is has to take ‘em and you need to hit a good percentage of them.”

Since the All-Star break, the Raptors are averaging just 9.6 three-pointers per game the fourth-fewest in the league.

How to Find the Coolest Fashion Items on eBay

Tue Mar 8 , 2022
In the grand scheme of secondhand shopping and really online shopping in general, eBay tends to be my last resort. If I’m on the hunt for a special vintage handbag or past-season pair of shoes, my search typically leads me down a path of open tabs including The RealReal, Etsy, Poshmark, and the like. Only […] 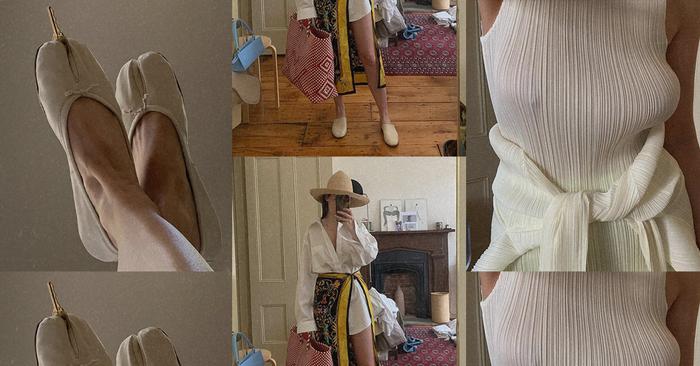