STRASBOURG, France (AP) — A World Health Organization official warned last week of a “closing window of opportunity” for European countries to prevent their health care systems from being overwhelmed as the omicron variant produces near-vertical growth in coronavirus infections.

In France, Britain and Spain, nations with comparatively strong national health programs, that window may already be closed.

The director of an intensive care unit at a hospital in Strasbourg is turning patients away. A surgeon at a London hospital describes a critical delay in a man’s cancer diagnosis. Spain is seeing its determination to prevent a system collapse tested as omicron keeps medical personnel off work.

“There are a lot of patients we can’t admit, and it’s the non-COVID patients who are the collateral victims of all this,” said Dr. Julie Helms, who runs the ICU at Strasbourg University Hospital in far eastern France.

Two years into the pandemic, with the exceptionally contagious omicron impacting public services of various kinds, the variant’s effect on medical facilities has many reevaluating the resilience of public health systems that are considered essential to providing equal care.

The problem, experts say, is that few health systems built up enough flexibility to handle a crisis like the coronavirus before it emerged, while repeated infection spikes have kept the rest too preoccupied to implement changes during the long emergency.

Hospital admissions per capita right now are as high in France, Italy and Spain as they were last spring, when the three countries had lockdowns or other restrictive measures in place. England’s hospitalization rate of people with COVID-19 for the week ending Jan. 9 was slightly higher than it was in early February 2021, before most residents were vaccinated.

This time, there are no lockdowns. The Institute for Health Metrics and Evaluation, a population health research organization based at the University of Washington, predicts that more than half of the people in WHO Europe’s 53-country region will be infected with omicron within two months.

That includes doctors, nurses and technicians at public hospitals.

About 15% of the Strasbourg hospital system’s staff of 13,000 was out this week. In some hospitals, the employee absentee rate is 20%. Schedules are made and reset to plug gaps; patients whose needs aren’t critical must wait.

The French public hospital’s 26 ICU beds are almost all occupied by unvaccinated patients, people ”who refuse care, who refuse the medicine or who demand medicines that have no effectiveness,” Helms said.

She denied 12 requests for admission Tuesday, and 10 on Wednesday night.

“When you have three patients for a single bed, we try to take the one who has the best odds of benefiting from it,” Helms said.

In Britain, like France, omicron is causing cracks in the health system even though the variant appears to cause milder illness than its predecessors. The British government this month assigned military personnel, including medics, to fill in at London hospitals, adding to the ranks of service members already helping administer vaccines and operate ambulances.

At the Royal Free Hospital in London, Dr. Leye Ajayi described a patient who faced delays in his initial cancer diagnosis.

“Unfortunately, when we eventually got round to seeing the patient, his cancer had already spread,” Ajayi told Sky News. “So we’re now dealing with a young patient in his mid-50s who, perhaps if we’d seen him a year ago, could have offered curative surgery. We’re now dealing with palliative care.”

Nearly 13,000 patients in England were forced to wait on stretchers more than 12 hours before a hospital bed opened, according to figures released last week from the National Health Service.

Britain has a backlog of around 5.9 million people awaiting cancer screenings, scheduled surgeries and other planned care. Some experts estimate that figure could double in the next three years.

“We need to focus on why performance has continued to fall and struggle for years and build the solutions to drive improvement in both the short and long term,” said Dr. Tim Cooksley, president of the Society for Acute Medicine.

Having the capacity to accommodate a surge is crucial, and it’s just this surge capacity that many in Europe were surprised to learn their countries lacked. The people in a position to turn that around were the same ones dealing with the crisis daily.

In the midst of the first wave, in April 2020, WHO’s Europe office put out a how-to guide for health systems to build slack into their systems for new outbreaks, including identifying a temporary health workforce.

“Despite the fact that countries thought they were prepared for a pandemic that might come along, they were not. So it’s building the ship as it sails,” said Dr. David Heymann, who previously led the World Health Organization’s infectious diseases department.

But France had been cutting back hospital beds — and doctors and nurses — for years before the pandemic. Building it back up in a matter of months proved too much when the current wave infected hospital staff by the hundreds each day. Even allowing symptomatic COVID-19-positive health workers to report for work hasn’t been enough.

Britain’s NHS Confederation, a membership organization for sponsors and providers, says the public health service went into the pandemic with a shortage of 100,000 health workers that has only worsened.

The first wave of the pandemic pushed Spain’s health system to its limit. Hospitals improvised ways to treat more patients by setting up ICUs in operating rooms, gymnasiums and libraries. The public witnessed, appalled, retirees dying in nursing homes without ever being taken to state hospitals that were already well over capacity.

After that, the Spanish government vowed not to let such a collapse happen again. Working with regional health departments, it designed what officials call “elasticity plans” to deal with sudden variations in service demands, especially in ICUs.

The idea is that hospitals have the equipment and, in theory, the personnel, to increase capacity depending on the need. But critics of government health policy say they’ve warned for years of inadequate hospital staffing, a key driver of the difficulty delivering care in the current wave.

“The key thing is flexibility, having flexible buildings that can expand, having staff that are flexible in terms of accepting task shifting, having flexibility in terms of sharing loads more of a regional structure,” said Dr. Martin McKee, a public health professor at the London School of Hygiene and Tropical Medicine.

Ultimately, though, McLee said: “A bed is an item of furniture. What counts is the staff around it,” McKee said.

Helms, the Strasbourg intensive care doctor, knows that all too well. Her unit has space for 30 beds. But it has only enough staff to care for the patients in the 26 beds currently occupied, a situation unlikely to change quickly after omicron burns through the region.

In the same hospital’s infectious diseases unit, frantic schedulers are borrowing staff from elsewhere in the facility, even if it means non-COVID-19 patients get less care.

“We’re still in the middle of a complex epidemic that is changing every day. It’s hard to imagine what we need to build for the future for other epidemics, but we’re going to have to reflect on the system of how we organize care,” said Dr. Nicolas Lefebvre, who runs the infectious diseases unit at the Strasbourg hospital.

He said Europe is prepared to handle isolated outbreaks as it has in the past, but the pandemic has exposed weakened foundations across entire health systems, even those considered among the world’s best.

Frédéric Valletoux, the head of the French Hospital Federation, said policymakers at the national level are acutely aware of the problem now. For 2022, the federation has requested more resources from nursing staff on up.

“The difficulty in our system is to shake things up, especially when we’re in the heart of the crisis,” Valletoux said.

Cooking With Scraps Curtails Food Waste (and It's Delicious)

Sun Jan 16 , 2022
This January, it’s time to take it easy and hone in on healthy habits that you can live with for an entire trip around the sun—and beyond. We’ve enlisted the help of industry experts to put together three four-week plans designed to help you move your body, eat more sustainably, […] 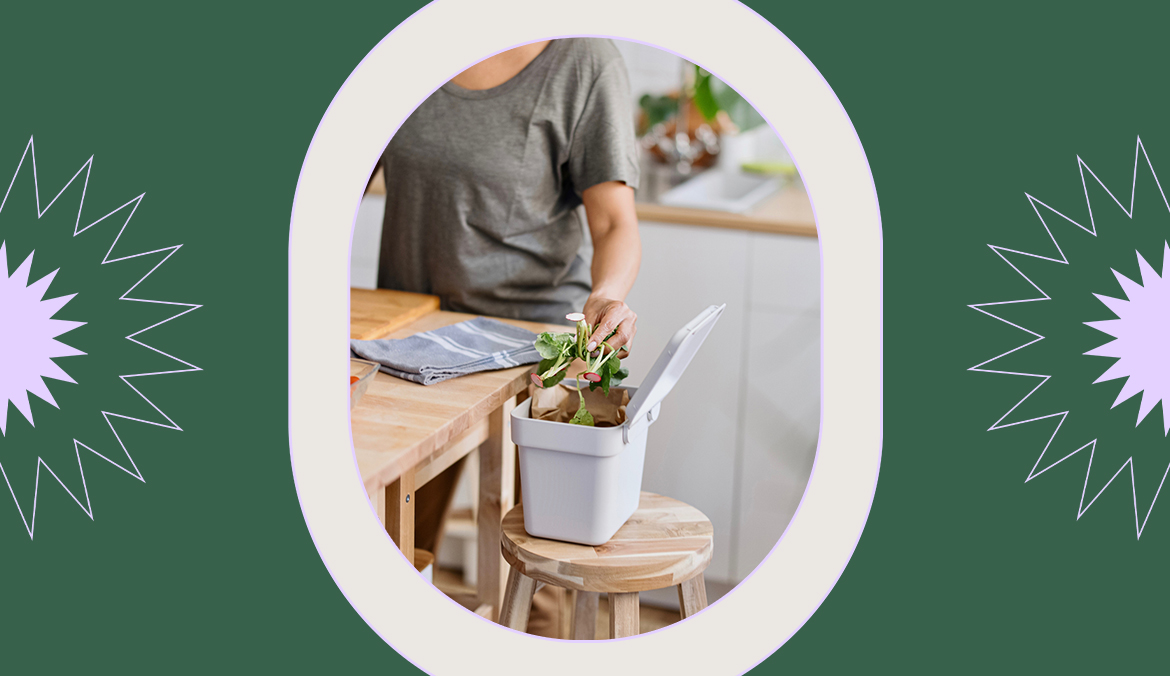