TORONTO, Nov. 29, 2021 /CNW/ – Nurosene Health Inc. (“Nurosene” or the “Company”) (CSE: MEND) (Frankfurt: 8TV) (OTC: MNNDF), a healthtech company focused on building a generation of healthier brains, today announced that it has entered into a partnership with Ni2o, an Oxford University company, for the utilization of Nurosene’s NetraAI to support and accelerate research into neurodegenerative disease treatments.

Ni2o was founded by Dr Newton Howard, one of the world’s leading figures in neuroscience, who developed a revolutionary brain-computer interface (BCI) to treat a wide range of neurodegenerative brain disorders and to improve cognitive performance. The renowned brain and cognitive scientist started this work at Oxford in his capacity as Professor of Computational Neuroscience and Neurosurgery, and then continued at the Massachusetts Institute of Technology (MIT) where he was Director of the Synthetic Intelligence Lab in addition to founding the Mind Machine Project.

“Dr. Howard’s work in the area of Deep Brain Stimulation (DBS) is exciting, and he clearly understands that the heterogeneity of debilitating brain diseases requires two things: a tool that can adjust for each person and a map that allows the tool to treat people with precision. Think of NetraAI as a navigational guidance system for this amazing technology. We already have maps for Alzheimer’s and ALS patients as part of our IP portfolio, and through this collaboration, our systems will become even smarter,” said Dr. Joseph Geraci, Chief Scientific Officer at Nurosene.

Dr. Howard, Chief Executive Officer of Ni2o, has been working on a novel paradigm for the brain involving an integration of electrical, optical, and chemical properties. His leadership in this area has resulted in a way forward to potentially treat Alzheimer’s, Parkinson’s, and ALS patients through a minimally invasive procedure. Dr. Howard has spent over 30 years developing advanced technology for companies such as Boeing, Intel, Google and Microsoft.

“Nurosene’s focus on brain health aligns entirely with the vision of Ni2o. Dr. Geraci and I have both been working in the neurodegenerative research space for some time, having work supported by government organizations, including IARPA1. It’s exciting to be partnering to access their NetraAI machine learning platform to augment our ability to adapt our own tools for these complex diseases. Kiwi is at the cutting edge of technology and we are extremely motivated to make an impact on human health,” said Dr. Howard.

Nurosene’s NetraAI technology is a self-generating AI that has uncovered precise insights about diseases like Alzheimer’s, Parkinson’s, and ALS. NetraAI was recently awarded for its work in ALS in a global challenge involving a powerful genetic data set. These resulting maps are necessary in order to advance treatments for these diseases as patients can be quite different, despite having the same label.

1 IARPA, The Intelligence Advanced Research Projects Activity, is an organization within the Office of the Director of National Intelligence responsible for leading research to overcome difficult challenges relevant to the United States Intelligence Community. IARPA characterizes its mission as follows: “To envision and lead high-risk, high-payoff research that delivers innovative technology for future overwhelming intelligence advantage.”

Dr. Howard holds advanced degrees in Mathematics (Oxford), Cognitive Informatics (Sorbonne), Neurosurgery (Oxford), and a Doctorate of Medical Sciences (Sorbonne). He has made significant contributions to the fields of neuroscience, linguistics, and national defense. Dr. Howard’s career spans academia, the U.S. military, and the private sector. A prolific scientific author and inventor, he is highly skilled in moving research from the lab to military and commercial applications, including technology you may use daily such as Siri, Wi-Fi hotspots, Skype, Google Earth, and Google Translate.

Nurosene provides individuals with tools and technology that empower them to take control of their mental wellness. Our mission is to build the next generation of better, healthier brains by leveraging technological advancements in AI. With our team of experts and partners, Nurosene is positioned at the leading edge of critical research and innovations, striving to disrupt traditional mental wellness treatments.

This press release contains “forward-looking information” within the meaning of applicable Canadian securities legislation which is based upon Nurosene’s current internal expectations, estimates, projections, assumptions and beliefs, and views of future events. Forward-looking information can be identified by the use of forward-looking terminology such as “expect”, “likely”, “may”, “will”, “should”, “intend”, “anticipate”, “potential”, “proposed”, “estimate” and other similar words, including negative and grammatical variations thereof, or statements that certain events or conditions “may”, “would” or “will” happen, or by discussions of strategy. Forward-looking information includes estimates, plans, expectations, opinions, forecasts, projections, targets, guidance, or other statements that are not statements of fact. Specifically, this news release contains forward looking statements relating to, among others, activities of the Company’s subsidiary, NetraMark – including its NetraAI technology – in partnership with Ni2o and its technology, including Kiwi, as well as growth and other initiatives thereto.

The CSE does not accept responsibility for the adequacy or accuracy of this release.

Mon Nov 29 , 2021
NY Post may be compensated and/or receive an affiliate commission if you buy through our links. If you arrived fashionably late to Black Friday shopping, don’t panic. Cyber Monday is here for all your clothing and accessory needs. Starting right now, some of the top fashion brands and department stores […] 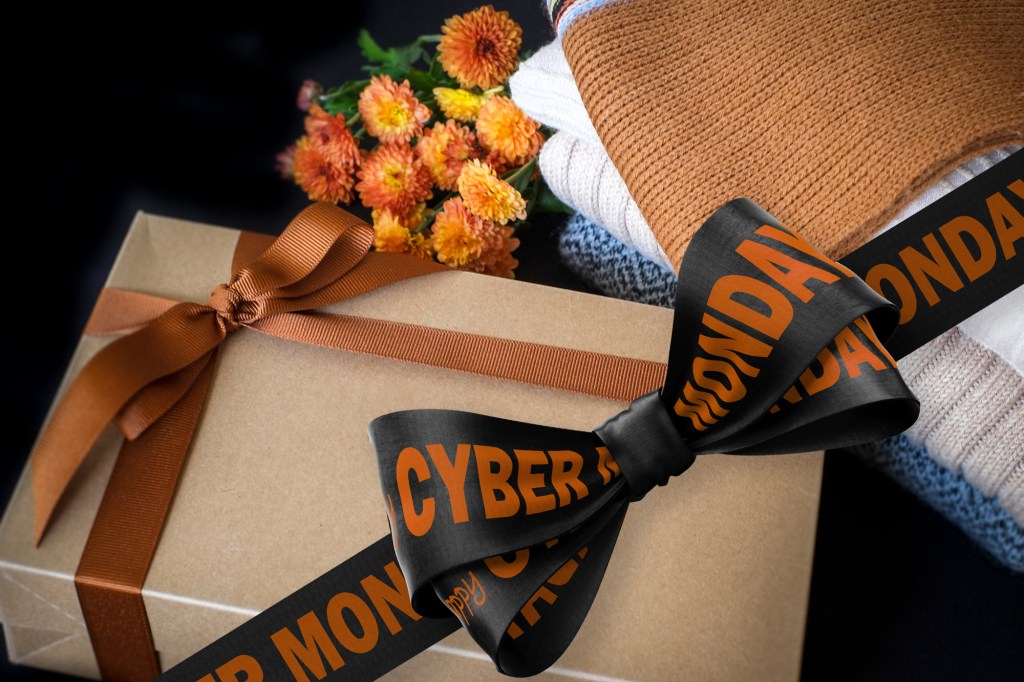