Novak Djokovic, the top men’s tennis player in the world, was detained on Saturday by border authorities in Australia, the latest turn in a legal dispute over his travel visa that has drawn interest around the world and inflamed tensions during a rapidly spreading coronavirus outbreak.

The Australian minister for immigration revoked Djokovic’s travel visa for the second time on Friday because of concerns that Djokovic had violated the country’s rules intended to limit the spread of the virus, arguing that his high-profile status could harm the nation’s battle against the coronavirus.

The matter could be resolved in a courtroom showdown Sunday at 9:30 a.m. local time. If the decision to cancel the visa is upheld, Djokovic, 34, could be forced out of the Australian Open tennis tournament and deported, a stunning development should it unfold that way. Then again, if the court rules in favor of Djokovic and allows him to remain, that would be equally shocking to many people who feel the player has already received preferential treatment.

Both sides are expected to submit legal papers laying out their arguments to the court on Saturday after Djokovic was ordered to attend the hearing remotely by video from his attorney’s offices.

Djokovic’s legal team asked that a full panel of judges hear the case rather than a single judge, which would mean the court’s decision on the matter could not be appealed. Justice David O’Callaghan said he would inform the parties later on Saturday of his decision on that question.

Djokovic was appealing the most recent ruling in a case that has highlighted the global challenge of balancing the fight against the coronavirus and a return to so-called normal life, amid a swirl of political ramifications.

The matter has produced outrage in Australia and beyond. Djokovic, who refuses to be vaccinated, has long held unorthodox and unscientific views of health. Many see the visa controversy as his devious attempt to leverage his status as an elite sports star to flout rules followed by ordinary Australians and others who travel there. The law states that anyone entering the country is required to be vaccinated against the coronavirus unless they have a medical exemption.

In Serbia, Djokovic’s home country, and elsewhere, the ongoing incident is seen by some as an unfair attempt to prevent him from winning a record 21st Grand Slam by defending his title at the Australian Open, which begins Monday. Earlier in the week, his supporters clashed with police in Melbourne.

In a statement explaining why he revoked Djokovic’s visa a second time, Alex Hawke, Australia’s minister for immigration, argued that if Djokovic were allowed to remain in Australia and play, the influential tennis star could harm efforts to combat the virus. The government has conceded that Djokovic poses no imminent threat to spread the disease. It is more about the example it would set by allowing him to stay.

“Given Mr. Djokovic’s high-profile status and position as a role model in the sporting and broader community,” Hawke said in a statement, “his ongoing presence in Australia may foster similar disregard for the precautionary requirements following receipt of a positive Covid-19 test in Australia.”

Djokovic’s lawyers argue that the government unfairly based their decision to revoke his visa again on the premise that Djokovic would engender anti-vaccine sentiments and not on the rule of law.

All of it comes during a surge in coronavirus cases globally, and particularly in Australia, which has endured long lockdowns and restrictions. Initially, sentiment in Australia seemed to support Djokovic because he came to Melbourne under the impression that he had a legal exemption. But as more information emerged, including false statements and Djokovic’s cavalier approach after he tested positive in December, the mood has largely turned against him.

Djokovic was initially given an exemption to the federal requirement that everyone entering Australia be vaccinated against the coronavirus so that he could play in the Australian Open. It was granted based on a positive test he took in Serbia on Dec. 16. But soon after he arrived at the Melbourne airport on Jan. 5, he was detained by the federal authorities and sent to a hotel for refugees and asylum seekers.

A judge quickly rescinded the detention order on procedural grounds, saying that Djokovic had not been given a fair opportunity to consult with representatives and allies, like the organizers of the tournament. He was allowed to leave detention and hit the practice courts and prepare to compete for what would be his fourth consecutive Australian Open title and record 10th over all.

But an investigation revealed irregularities and inaccurate statements on Djokovic’s visa application — which Djokovic later acknowledged and apologized for on Wednesday. The documents failed to state that Djokovic, who lives in Monte Carlo, had traveled between Serbia and Spain during the 14 days ahead of his arrival in Australia. Djokovic attributed the error to human oversight by one of his handlers.

The Australian government also expressed concern that on Dec. 18, a day after Djokovic learned that he had tested positive, he hosted journalists at his tennis center in Belgrade for an interview and photo shoot, without informing them. Those revelations led to the second visa revocation on Friday.

Some skeptics wondered if Djokovic’s positive test might have been faked to help him earn the exemption. On Friday, Zoran Gojkovic, a member of Serbia’s coronavirus crisis team, said the player’s positive test result was valid. He added that Djokovic had not violated any Serbian laws, especially since the state of emergency was lifted last month.

The Novak Djokovic Standoff With Australia

How it started. The standoff began when Djokovic received an exemption that would allow him to defend his Australian Open title. Upon arrival, federal officials said he did not meet the requirements for entry because he was unvaccinated, and canceled his visa.

What happens next. It is unclear what will happen at the next major tournaments on the men’s tour, but the standoff in Australia presages some of the headwinds Djokovic could face if he attempts to travel the world without being vaccinated for Covid-19.

Djokovic is in a distinct minority among fellow players on the ATP Tour. More than 90 percent have been vaccinated, the men’s sport’s leading organization reports, and most enjoy far greater ease of movement.

In 2022, the tour does not require vaccinated players to take more than an initial test after they arrive at a tournament, unless they develop symptoms. Unvaccinated players and team members will have to be tested regularly.

The draw for the Australian Open has already been completed, with Djokovic the top seed and scheduled to play Miomir Kekmanovic in the first round. If Djokovic is forced to withdraw after the schedule of play comes out on Sunday, he will be replaced by a so-called lucky loser — a player who lost in the qualifying rounds.

But Martina Navratilova, the Hall of Fame player and analyst, told the Sunrise television program in Australia that Djokovic should withdraw on his own to end the drama. “It’s just the right thing to do,” she said, “but I don’t think he will do that because he wants that 21st title.”

Many players felt fatigue over the saga, lamenting the distraction from the actual sport. But Alex de Minaur, an Australian player ranked No. 34, expressed compassion for a nation grappling with the pandemic.

“Look, Australians have gone through a lot,” he said. “There’s no secret about that. They’ve had it very tough. They’ve done a lot of work to protect themselves and their borders.”

He added: “If you wanted to come into the country, you had to be double vaccinated. It was up to him, his choices, his judgment.”

In Serbia, President Aleksandar Vucic accused Australian Prime Minister Scott Morrison, who has been criticized for his handling of the pandemic ahead of elections, of unfairly targeting Djokovic, who is a national hero. The president said Australia’s government had not only disrespected Djokovic, but all of Serbia, too.

“If you wanted to ban Novak Djokovic from winning the 10th trophy in Melbourne, why didn’t you return him immediately? Why didn’t you tell him, ‘It is impossible to obtain a visa?’” Vucic said, adding, “Why are you mistreating him? Why are you taking it out not only on him but also on his family and the whole nation?”

Wed Jan 19 , 2022
Winter is a time for fresh starts and optimistic resolutions, many of which revolve around learning a new skill or lessening the amount of time spent in front of the screens that seemingly take over our days. Throughout the region, there are numerous in-person and online classes and workshops that […] 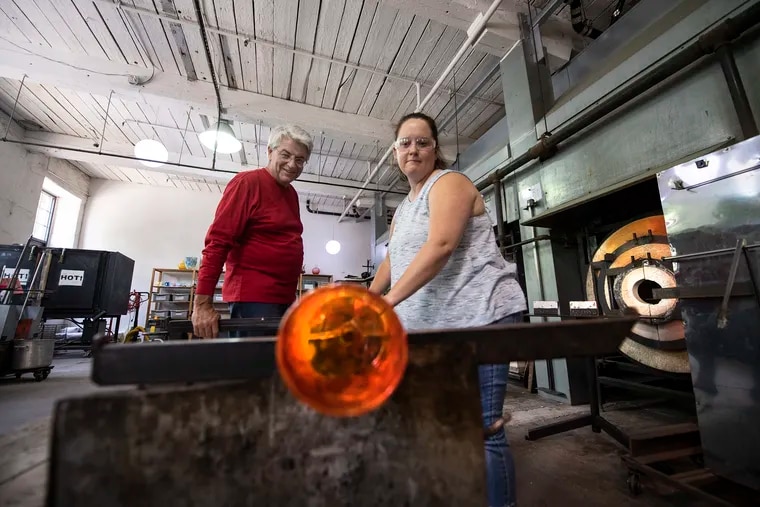