On day two after Hurricane Ida tore through the region, more people began trying to refresh their supplies of food, water, ice. They found many people from the New Orleans area hospitality community stepping up to try to still serve them in different ways. Here is what I found around the area Tuesday.

After riding out Hurricane Ida with family in Texas, local baker Kelly Mayhew drove back to New Orleans on Monday night, but he didn’t come back to bake bread. Instead, by Tuesday morning he was turning his Mayhew Bakery in the Faubourg St. John neighborhood into a community aid spot, distributing free essentials, from diapers and dog food to hot coffee.

“I was going stir crazy in Texas, I had to get back here and do something,” said Mayhew, an Army veteran who started his baking business a few years ago.

If the prospect for a larger generator pans out, he may be able to start baking again soon, but right now he’s focused on building up the bakery as a neighborhood support hub. Friends in the restaurant business are bringing food from their blacked-out kitchens to donate, and regular customers now leaving the city have been bringing groceries from their own pantries here on the way out of town.

There’s a host of non-profit and mutual aid groups in New Orleans helping people in the aftermath of Hurricane Ida. Here’s a list of groups to get help from, or to donate to.

As large-scale community feeding programs begin to ramp up, people in the restaurant business have been starting their own efforts, sometimes as simple as telling people to come take whatever they need and can use from their kitchens.

At La Boca, the Argentine steakhouse in the Warehouse District, staff braised all the beef they could, cooked down vegetables and started dishing out plates for free. Restaurant manager Lorenzo Reef said they went through all the food in about 15 minutes, serving 150 free meals on the fly. Those showed up ranged from people living in nearby condos, and people without homes camping under the overpass.

At Wishing Town Bakery Cafe in Metairie, staff work furiously to package up the kitchen’s inventory to give away to anyone who showed up, with…

A row of downed electric poles near Wishing Town Bakery Cafe made getting to the Metairie shop tricky, but those who showed up Tuesday were handed whole cakes, trays of dumplings to cook at home and cases of eggs, blocks of butter and bins of fruit. Owners Vivi and Kevin Zheng worked furiously to portion and package what they could to make the kitchen’s inventory as useful as possible to people who could still cook.

Thousands of residents, anxious to find gas, food and booze after two nights of camping in their unair-conditioned homes, took to their cars T…

Jessica and Alonzo Knox did the same thing at their Basin Street café Backatown Coffee Parlour, leaving their own home that was damaged in the storm to open the doors here and dish out food to others.

“We still realized that we are blessed,” said Jessica Knox. “Times like this are when New Orleans really knows how to pull together.”

Outside Pal’s Lounge, the bar by Bayou St. John, the pop-up Tacos Para La Vida that often cooks for customers here in normal times set up its street food operation once again, using inventory donated from a number of local restaurants to provide hot meals on the spot. A line of people stretched down the block.

Every Thursday we give you the scoop on NOLA dining. Sign up today.

On Monday afternoon, chef Michael Gulotta had turned the patio of his City Park Avenue restaurant MoPho into an ad hoc Asian market, giving away all the rice noodles, braised greens, lemongrass, banh mi bread and sauces that people could haul away. On Tuesday, he did the same thing with the inventory of his upscale fusion restaurant Maypop, once he’d been able to assess its inventory.

“You just don’t want it to go to waste if someone can possibly use it,” Gulotta said.

Susan del Corral is going day to day, and she can’t say what she’ll do tomorrow. But on the morning after Hurricane Ida ripped through the reg…

The giveaway drew neighbors, former employees of the restaurant and people who were organizing their own community aid efforts around town.

Other restaurants found ways to do some business, bringing just a bit more cash for their teams facing the day to day uncertainty of the post-Ida situation.

Jimmy Haifa flags down drivers on Canal Street outside Haifa Hookah and Grill on Aug. 31, the second day after Hurricane Ida cut power to New …

By 9 a.m. Jimmy Haifa was set up outside his family’s Canal Street restaurant Haifa Hookah and Grill selling water and beer on the spot and taking orders for shawarma plates inside. He wrote “serving food” on the underside of a produce box to wave down passing motorists.

“We started last night and 30 people showed up,” Haifa said. “Every is just doing what they can today.”

Staff at Ideal Market on 18th Street in Metairie grill up meats from the grocery’s butcher case to sell by the pound on Aug. 31, after Hurrica…

In Metairie, the Ideal Market at the corner of Hessmer and 18th streets had grills roaring outside as staff cooked through the marinated fajita meats in the butcher case, selling it by the pound. The Latin American grocery was mostly dark inside, but a small amount of generator power kept the registers open, while people searched for needed items by the illumination of string lights arrayed around the shelves.

Chef Yan Yu plates up dumplings at her Metairie restaurant YuYan Kitchen, which has no power but has gas to fire up stoves for lunch service o…

Just down the street, YuYan Kitchen only opened a few weeks ago, serving dishes from chef Yan Yu’s Mandarin Chinese tradition. On Tuesday, she fired up the gas stoves to cook dumplings, rice, noodles and egg rolls, selling heaping plates through the front door.

“I know some people can’t cook right now, but I can so I’m here,” she said.

Some of the best home improvement loans of 2021

Mon Sep 6 , 2021
Our goal here at Credible Operations, Inc., NMLS Number 1681276, referred to as “Credible” below, is to give you the tools and confidence you need to improve your finances. Although we do promote products from our partner lenders who compensate us for our services, all opinions are our own. Man […] 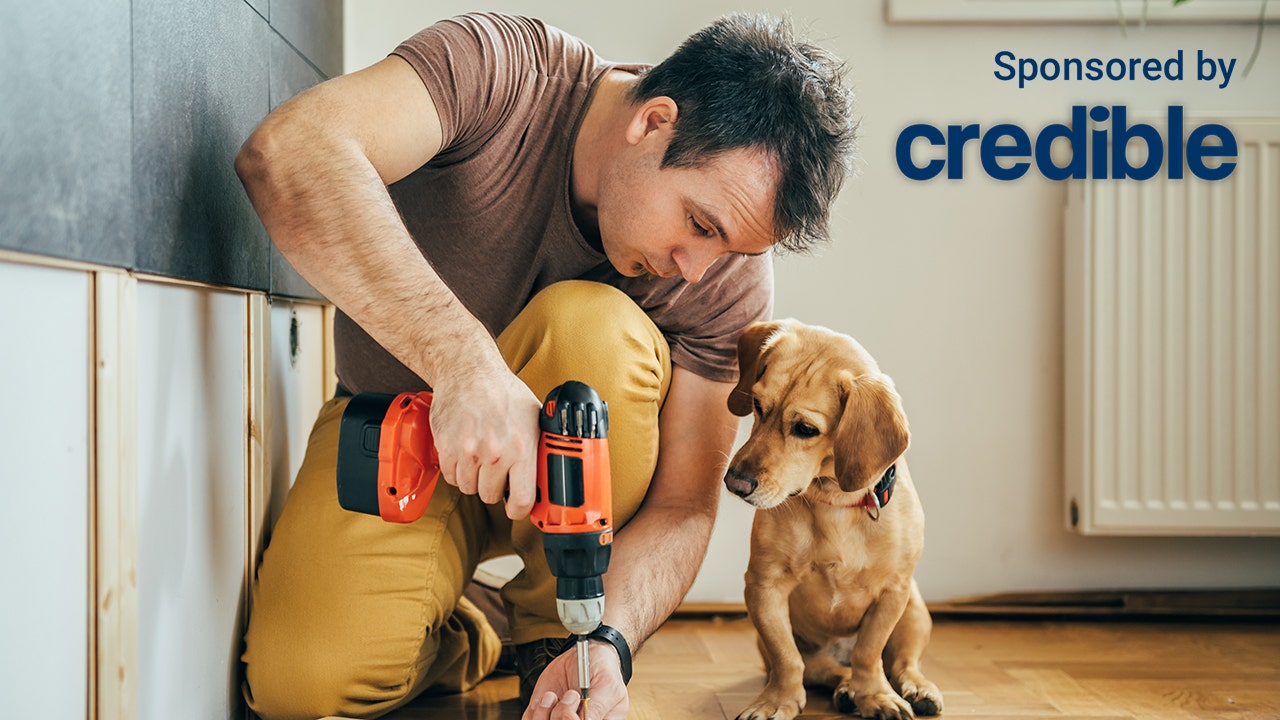