ST. LOUIS — The hunt for the next director of the St. Louis Department of Personnel — a powerful city government job that few mayors ever get the chance to fill — is being financed by a business group.

At the request of Mayor Tishaura O. Jones’ administration, the Regional Business Council is paying up to $60,000 to St. Louis County-based Collaborative Strategies Inc. to find a pool of candidates to lead the Personnel Department after the position opened following the sudden retirement of Richard Frank in December.

Frank, who left for health reasons, held the position since 2004. His retirement gave Jones a rare opportunity within City Hall’s diffused power structure. He was only the fourth person to lead the department since voters approved the creation of the city’s civil service system in 1941.

“It’s a significant position in the city, and we felt when they said they wanted to do a national search, that they had never done one before, that it was in the best interests of the city just to look around and get the best talent that they could,” said Kathy Osborn, president and CEO of the Regional Business Council.

Osborn said she received a call from Jared Boyd, Jones’ chief of staff, asking if the group, made up of some 100 CEOs from some of the region’s largest companies, would consider paying for a search firm. She could not immediately recall exactly when Boyd asked.

“My understanding is it was the first time in a long time they’d had a search and they wanted to do a national search,” she said. “It made sense to us.”

The RBC is also paying the Boulware Group up to $60,000 for an ongoing search for police chief. The two requests were “completely unrelated” and came at different times, Osborn said. The Regional Business Council stipulated it would play “no role” in the actual selection of either job, she said.

The city personnel director holds considerable sway over hiring and promotions in the city’s civil service system, which 1940s reformers hoped would curb machine politics and reduce the turnover of patronage jobs in City Hall when a new mayor took power.

Unlike other department heads, the city’s personnel director can only be removed after formal charges of malfeasance. Jones will get to choose a permanent replacement from a list of three finalists forwarded to her from the Civil Service Commission.

Some city officials and former mayor Francis Slay, the last mayor to appoint a personnel director, have complained the Personnel Department holds too much behind-the-scenes power. Even a member of the Civil Service Commission, which oversees the system and works closely with the personnel director, has said the department can make it difficult for a mayoral administration to implement its agenda. Jones last year criticized the department’s police chief search process, which initially produced only two internal candidates as finalists, both white men.

The personnel job opening has prompted its own intrigue. Some employees of the personnel department who were close to Frank were briefly locked out of their offices on Dec. 6, the Monday after the Civil Service Commission named Sylvia Donaldson as interim director. Sources said it was related to an internal investigation.

The Civil Service Commission in February approved a Jones-backed change to the Personnel Department rules allowing the mayor to pick an interim personnel director. Jones replaced Donaldson with her own pick, John Moten.

The personnel director serves as chief negotiator with employee unions, and the influential firefighters union quickly sued over the interim director appointment, arguing that allowing Jones to select a personnel director violated the city charter’s attempt to insulate the department from political influence.

Moten said when he was appointed he would serve only six months, per city rules. But he is now nearing seven. The civil service commission quietly extended his tenure by three months during a closed meeting in August. Moten confirmed his term had been extended by three months to KSDK (Channel 5) last week, saying he would stay on to finish the police chief search. He did not respond to a request for comment.

Even as the national search is underway, Frank is asking for his old job back, according to a copy of a May letter he sent and obtained by the Post-Dispatch. Frank said in the letter to Donaldson he reapplied for his position in January and asked whether he had been added to a reemployment list for director of personnel.

He said civil service rules only allow his removal from a reemployment list if it’s in “the best interest of the city service.”

“Which I would find very perplexing since I will stand on my record of many years as director and a clean audit by the state of Missouri,” Frank wrote. “If in fact my name has been removed, I would like to know who removed my name from the reemployment list for director of personnel, when, and why.”

Frank’s letter said he had received “inquiries” about whether he would return to the job. Both the influential police and firefighter unions sent him letters asking him to reconsider his retirement, according to copies reviewed by the Post-Dispatch.

“It is not hyperbole to say that the city’s future is at stake at this very moment and we are profoundly concerned that without the check-and-balances you have brought to bear on the city’s elected officials and bureaucracy over the years, the scale will tip toward the abuse of power and the gross mismanagement of this municipality,” said a letter to Frank from Jay Schroeder, president of the St. Louis Police Officers Association.

Schroeder said Tuesday his organization was worried about the loss of “continuity” from Frank’s retirement and is still concerned about who might become personnel director. An official with the firefighters union did not respond to a request for comment.

Former city employees have the right to request reemployment if they retired in good standing. The personnel director also has the right to cancel reemployment lists. Donaldson, who was interim director in January, did not respond to a request for comment.

The department’s policy is to produce reemployment lists for public inspection. When the Post-Dispatch requested one for personnel director in May, it said it did not have one.

Frank, reached last week, declined to comment on the letters.

Stay up-to-date on the latest in local and national government and political topics with our newsletter.

Wed Sep 7 , 2022
Alex Watanabe does not mind that his new Mexican Japanese restaurant, set to open in December in the old Forlini’s space in downtown Manhattan, is being called “fusion” cuisine. “It’s just a practical description,” he says. The restaurant is meant to be a representation of his friendship with co-owner Marcelo […] 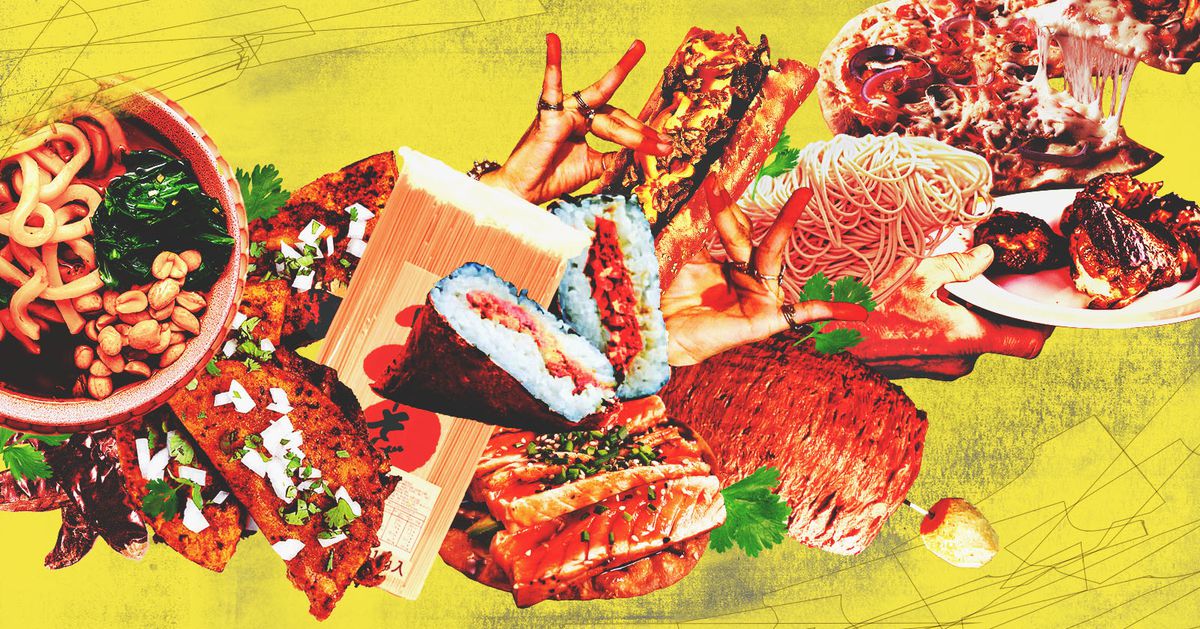