Before the war, Igor Mezencev loved to go into the forest with Ukraine’s best chefs, equipped with just four ingredients – salt, sugar, vinegar and oil – and try to cook high cuisine in the wild.

Now, with his city, Kharkiv, under heavy bombardment, Mezencev is confined to his high-rise flat. But using whatever ingredients he can find, he has continued to cook and invent – baking bread from untoasted buckwheat groats, cooking on his balcony and revisiting childhood recipes. He says this has helped him to cope with the terror of the shelling and airstrikes.

“Cooking helps my nervous system to regulate,” the 33-year-old said in his diary, which he has shared with the Observer. “But there is this constant pain at the back of my head. They say it happens during extreme stress.”

Mezencev is now living alone with his ailing French bulldog, Yosik, after he and his girlfriend, Ania, decided that she should evacuate to the safer city of Lviv.

Soon after war broke out, with shells exploding around them, he did an inventory of his stocks of grain, fish and meat and felt well prepared. The freezer was full, and he announced on Instagram that he was ready to start baking bread and cooking for people. “But then,” he writes, “disaster struck. One of the missiles hit the power station and our district was without electricity.”

So he got out a camping stove he had used in the wild for Topot, his chef expedition project, and started cooking soup and coffee on the balcony in “a new way of living and survival”. When, on day six of the war, their supplies started running low, they took meat out of the freezer and started curing some of it with salt, and used the rest to make tushonka – similar to French confit.

Traditionally in Kharkiv, people have barbecues under their windows in March, a “festive, greet-the-spring cook-out”. But this year, Mezencev said, instead of making traditional shashlik, people were using barbecues to heat tinned food, and water for washing. “It was so heart-breaking to watch this,” he writes. “It finally dawned on me: we live in a war zone.”

In the following days, as soon as curfew ended at 6am, queues of as many as 1,000 people formed outside shops, and when the supermarket opened at 9am, it let in 10 people at a time. They then had to queue for another two hours to pay by card because cash machines are empty.

After walking the 3km home carrying about 50kg of food, Ania and he saw more queues – for humanitarian aid – and split the supplies between them and their parents.

When planes shelled the city centre and blew out the windows of Iskra Bar, where Mezencev worked, he realised he couldn’t go to work any more and needed to be able to help from home. Instead, he became a “sofa activist”. He started helping charity World Central Kitchen by connecting them with logistics companies and supermarkets.

When he ran out of flour and yeast and it was almost impossible to get into a supermarket, he instead decided to make his own flour using untoasted buckwheat groats. “One of our local supermarkets sells a buckwheat baguette. But I reckon mine came out much better than theirs – I vowed to share my recipe with the supermarket once it was all over!”

Now, he says, there is no more buckwheat but he has managed to get live yeast and make bread with wheat flour.

On day 25, they decided Ania should leave for Lviv and he would stay with Yosik, who wouldn’t survive a 24-hour train journey. They drove through the shattered city to the station, where they saw “a thousand abandoned cars”. Then they said goodbye. “We hugged and started to cry,” he writes. “Again, unbearable. These things should not be possible. War is such evil.”

Mezencev’s parents remain in Kharkiv with his brother, in a neighbourhood that he cannot get to, and Ania’s parents are near by.

After Ania’s departure, he went back to their flat, where he hugged Yosik tightly as missiles banged in the background, and cooked food his mother has made since he was a child: borscht, boiled buckwheat, and stewed chicken with garlic.

“We will have enough food and stocks of products for a month,” he told the Observer. After that, he hopes he will be able to go to work.

“I am still a cook and I am still a dreamer. I am sure that soon we will win and become even better, stronger for sure,” he said.

Here are NESN’s travel plans for its Red Sox broadcasters

Sat Mar 26 , 2022
Red Sox Dennis Eckersley, who has been with NESN since 2003, remains as sharp and entertaining as any color analyst in baseball. John Tlumacki/Globe Staff By Chad Finn, The Boston Globe March 26, 2022 | 9:42 AM It was tenuous for a while, when the owners’ threats of game cancellations […] 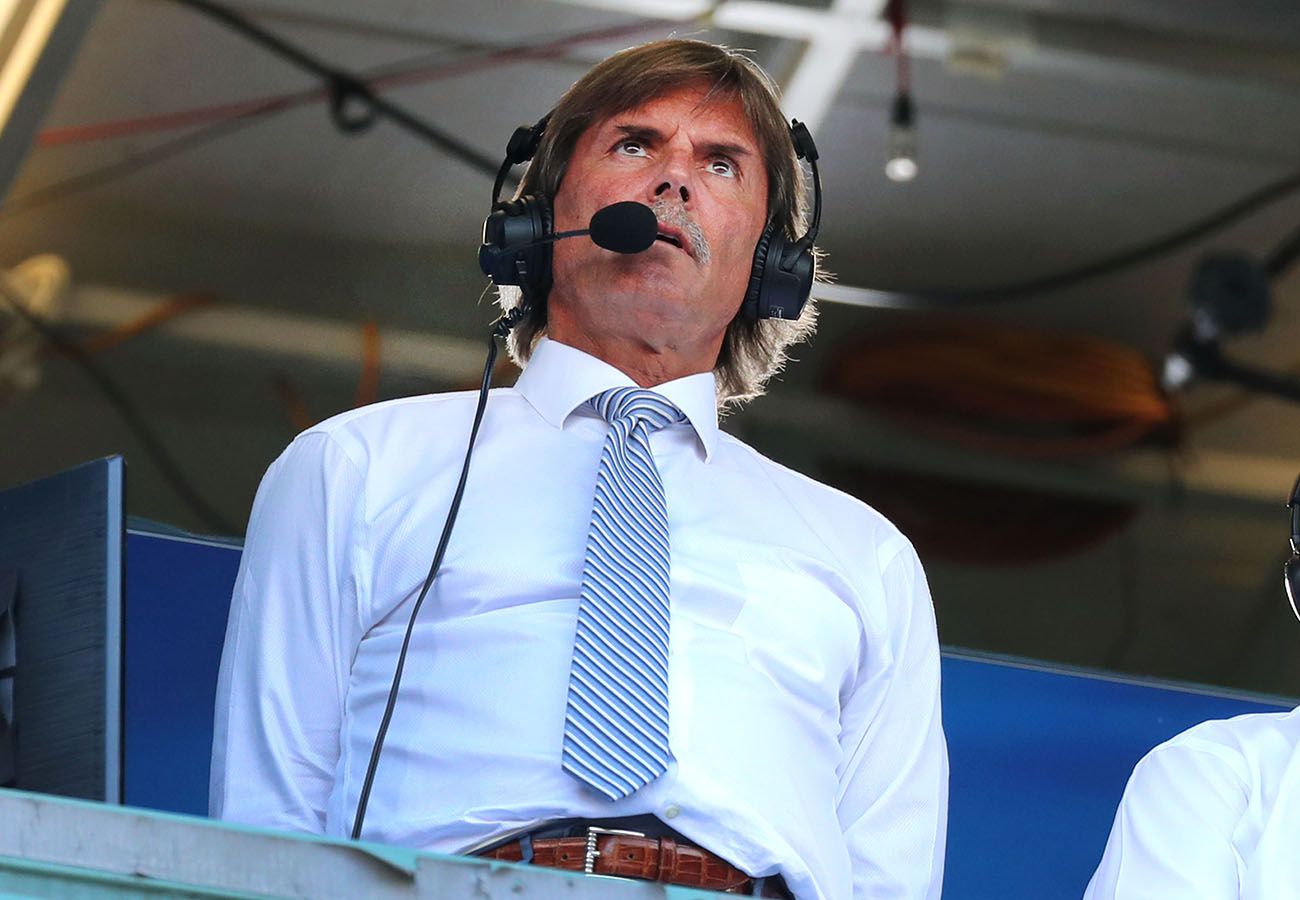