Reality TV home improvement shows are enjoyable to watch, so long as you’re not pulled into believing their alternative reality.

I’ve been a fan of “This Old House” since it first aired with original host Bob Vila in 1979. It had gifted woodworkers such as Norm Abram and other craftsmen who respected renovating old homes to their historical origins. What they did and the show still does are restorations beyond what most homeowners would undertake — by which I mean you’d need gobs of money to do it.

I remember an early show with a tall two-story house from the 1700s where Norm crafted oak gutters that matched the originals, and Tommy Silva fashioned copper to be nailed inside the wood gutters. No one could likely see from the ground that the gutters were oak, much less lined with copper, but they matched the originals. Today that gutter work would probably run about $40,000.

While the Old House crews do things they know normal people won’t and can’t undertake, there are a slew of home improvement shows aimed at regular folks, thanks to the advent of HGTV.

They can be entertaining but are largely fake.

One of the most popular has been “Fixer Upper” with Chip and Joanna Gaines. They show clients three potential homes they can buy and fix up. In reality the people already owned one of the houses before anyone from the TV show got ahold of them, but supposedly picking between three is more dramatic for TV.

After the big fixup, Joanna works her interior design magic decorating each room to farmhouse chic perfection. The clients can actually keep all of that wonderful furniture and decor — if they want to pay a heavy added cost for it.

All the home shows have a “big reveal” at the end where they bring in the clients and show them the finished project. They are in shock and awe. They seem completely surprised by everything they see, apparently for the first time since the project began weeks earlier.

I’m not sure where these people supposedly have been all the while the crews and TV cameras have been tromping around in their abode, renovating the kitchen or living room.

After the “big reveal,” the show usually ends by jumping ahead in time and showing the family talking about how thrilled they have been living in their new space.

But the biggest misconception from the home improvement shows is grossly unrealistic costs.

The shows routinely do complete kitchen renovations for $25,000 or so. What’s left unsaid is the crews get deeply discounted or free materials and appliances in exchange for showing them on TV. And it doesn’t account for the free contractor labor the TV show provides for the homeowners.

A couple of years ago, the average cost for a full-kitchen remodel in the Midwest was pegged at $65,000 and up.

They are always done on time. The homeowners do all sorts of the work themselves even if the have no woodworking or construction skills.

And the couple whose home is worked on are always happy, not just with their renovation but with each other — hugging and kissing as they fawn over the new fireplace mantel and French doors.

Anyone who’s done any type of renovation knows the truth:

Costs will overrun dramatically, half the work you attempt yourself will be a failure, it’ll take months or maybe years longer than expected.

And the couples that undertake the projects, if they are still married, will hold lasting grudges about all the boneheaded decisions their mates made during the restorations.

Tue Sep 7 , 2021
NY Post may be compensated and/or receive an affiliate commission if you buy through our links. It’s officially September, which means one thing — comfy knits, luxe-looking sweaters and everything fall fashion. To put us all in the autumnal spirit, Bloomingdale’s celebrated the first day of September by launching “The […] 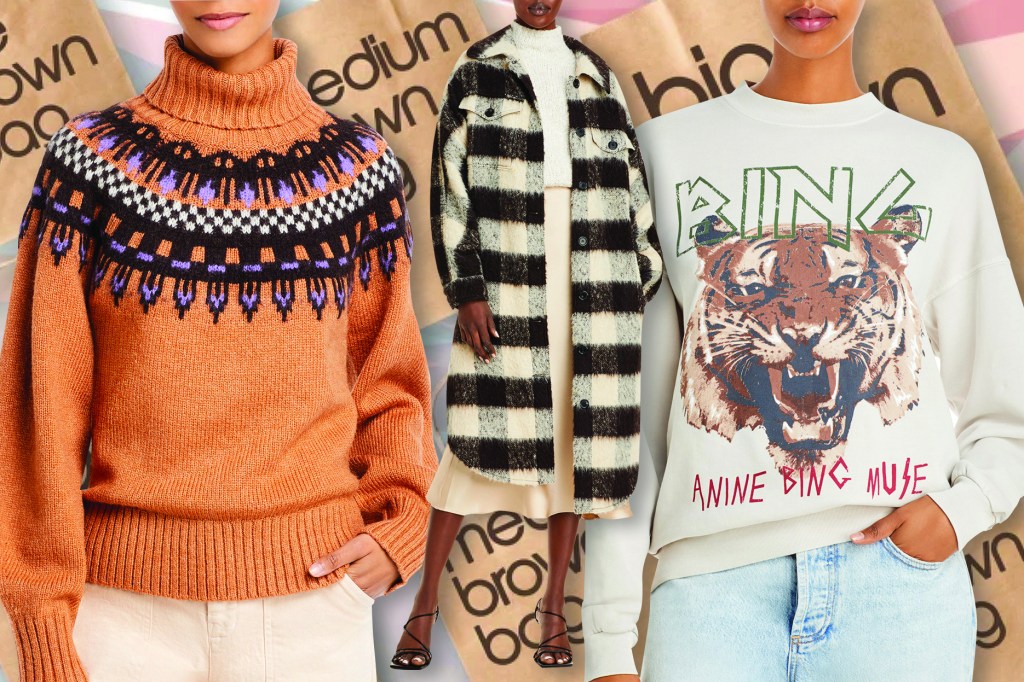