If any player on the Buccaneers roster suffers from jet lag, they might want to think about asking for a trade before the season starts because Tampa Bay is going to be spending more time in the air this year than any other team in the NFL.

The Buccaneers will be traveling a total of 26,562 miles this season, which is more than the Steelers, Ravens and Lions will travel combined (23,052 miles). The Buccaneers’ biggest trip in 2022 will be a flight to Munich in November where they’ll play the NFL’s first game in Germany. On that flight alone, the Buccaneers will rack up more travel mileage than six teams will for the entire season. The flight to Germany and back will cover 9,992 miles, which is almost fitting, because Tom Brady holds roughly 9,992 NFL records.

Once they get to Germany, the Buccaneers will be playing a Seahawks team that will travel the second-most miles in 2022. (Depending on their final travel schedule, the Seahawks could actually end up traveling the most miles, which we’ll cover later.) The Seahawks will be flying 10,566 miles roundtrip to Germany, which makes it the longest trip that any NFL team will go on this season.

On the opposite end of the spectrum, the Steelers will be traveling just 6,512 miles for the entire season. This year will mark the fourth time since 2014 that the Steelers have traveled the fewest miles, and it’s probably worth noting that in each of the three prior years (2014, 2016, 2017), they ended up winning the AFC North.

The Steelers also won’t be leaving the Eastern time zone, which is notable when you consider there are three teams that have to play in FIVE different time zones this year (Buccaneers, Broncos, Seahawks). As for the Steelers, they actually played every single one of their games in the Eastern time zone in 2016, so although it’s uncommon for a team to have that, it’s not unheard of.

Thanks for signing up!

Keep an eye on your inbox.

There was an error processing your subscription.

Although the western-based teams usually rank at the top of the travel miles list, that’s not the case this year. Of the six teams that will travel the most, only two of them are in one of the NFL’s western divisions (Seahawks and Broncos).

The teams with the higher travel numbers this year mostly come from two groups: They’re either playing an international game or they’re an AFC team. (Due to the 17-game schedule, AFC teams will be playing nine road games this year.)

And then there’s the poor Jaguars, who fall into both categories. The Jags are the only team in the NFL playing TEN games away from home this season. Not only do they have they have nine road games for being an AFC team, but they’ll also be playing one “home” game in London. Thanks to those two facts, the Jags are flying 24,732 miles this year, which is the fourth most in the NFL. (The Jags are the only AFC team playing an international “home” game this year.)

On the other hand, the Rams won’t be playing on the road very often. In 2022, they’ll become the first NFL team since 1929 to play at least 10 regular-season games in their home stadium.

So how is that possible? Easy. The Rams have nine home games plus a “road” game against the Chargers. That being said, the Rams do have one of the longest trips of the year, and that will come in Week 9 when they travel 4,316 miles roundtrip for a game against Tampa Bay.

The longest flight that any team will take this year for a non-international game will come in Week 13 when the Dolphins travel 2,585 miles from Miami to San Francisco. The upside of that trip for Miami is that the NFL also gave the Dolphins a Week 14 road game against the Chargers, so they’ll be able to combine the two trips. By combining those trips, the Dolphins will shave 4,538 miles off their travel total for the year.

Despite getting rid of those miles, the Dolphins still have the highest travel total for any team that’s NOT playing an international game.

The team with the most unfair road trip this year is probably the Colts, who have to fly two time zones west to face the Broncos for a Thursday night game in Week 5. History has shown that NFL teams tend to struggle in that exact situation. Since the return of “Thursday Night Football” in 2006, a total of 15 teams have traveled at least two time zones west for a Thursday game and those teams have gone a combined 3-12 straight up.

With that in mind, here’s a look at each team’s travel miles for the upcoming season.

Note: There are multiple teams this year that are expected to combine two road trips into one, and that’s been taken into account. For instance, the Patriots will likely be staying out west in December thanks to the fact that they play at the Cardinals in Week 14 and at the Raiders in Week 15.

There are five other teams that will likely see their travel miles cut due to their ability to combine a two-game road swing into one trip this year. Here’s a list of those teams: Falcons (at Rams, at Seahawks), Seahawks (at Lions, at Saints), 49ers (at Panthers, at Falcons), Rams (at Saints, at Chiefs), Dolphins (at 49ers, at Chargers).

If the Seahawks DON’T combine their two-game eastern swing into one trip, then they’ll end up with 29,014 miles this year, which would be the most in the NFL. If they do combine the trips, it will shave 3,078 miles off their season total, leaving the Buccaneers at the top of the mileage list.

Note II: The mileage chart also assumes that the Saints will leave from Charlotte in Week 3 and head directly to London for their Week 4 game against the Vikings. The Saints have played in London on two prior occasions (2008, 2017) and in both instances, they actually left from Charlotte because they played the Panthers the week before their trip to England.

Tue May 31 , 2022
Illustration: Annelise Capossela/Axios West Des Moines is launching a home improvement program to beautify properties in the city’s oldest neighborhood, Valley Junction, a city official tells Axios. Why it matters: Valley Junction is the most affordable area of the city, making it an important piece to West Des Moines’ housing […] 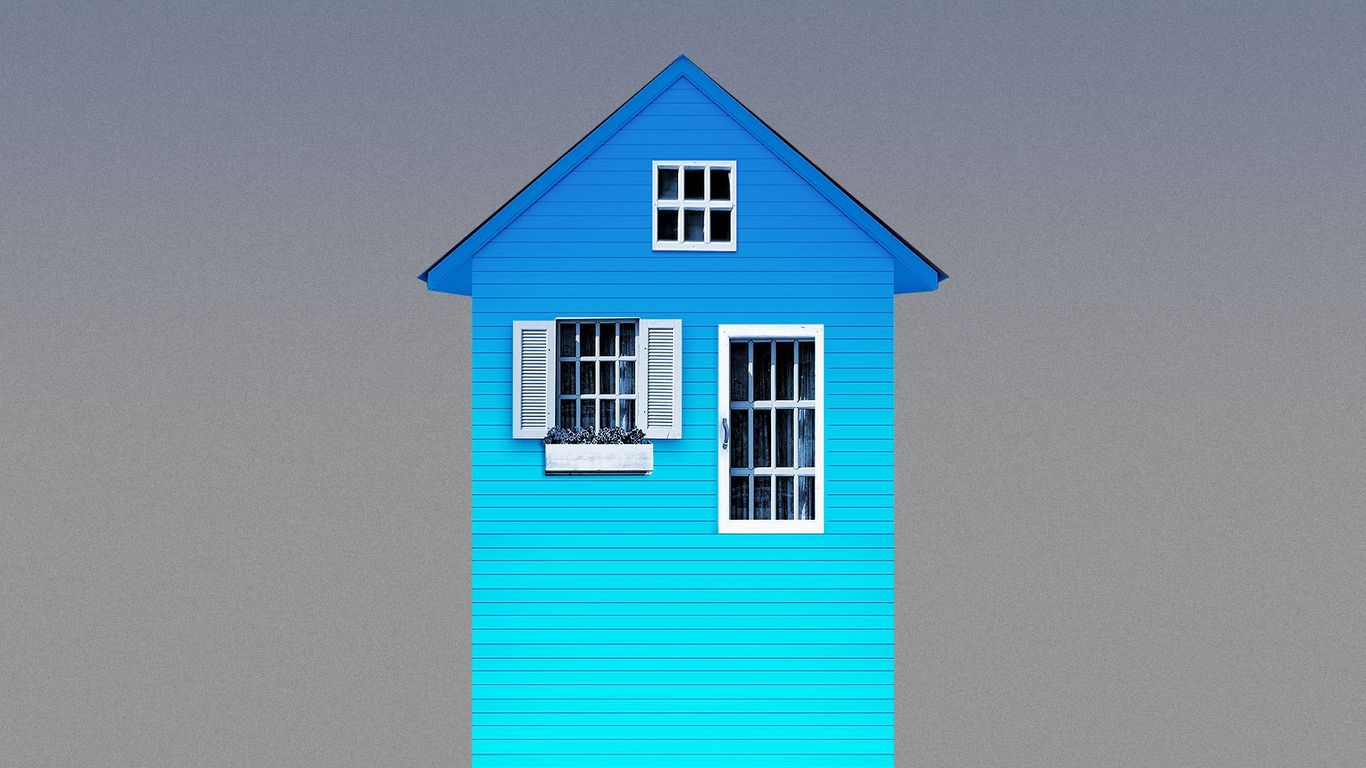