It was tenuous for a while, when the owners’ threats of game cancellations during the Major League Baseball lockout suggested the possibility of an abbreviated regular season. But once matters were settled, the full 162 games remained, for the Red Sox and the 29 other franchises.

That means, of course, that the Red Sox are booked for their usual 81 away from Fenway Park. For the first time since 2019, their NESN broadcast team will be on the road with them, at least for a majority of the games.

Because of the pandemic, the Red Sox’ television broadcasters spent the shortened 60-game season in 2020 and last season’s full schedule calling the games off video feeds from NESN’s Watertown studios.

This season, NESN plans to call a majority of road games in person, starting with the season-opening three-game series against the Yankees in New York April 7-10. But the broadcasters won’t be on-site for the second road series against the Tigers in Detroit starting April 11. Road trips the booth is expected to go on include Oakland, Cleveland, Anaheim, and Tampa.

“There are many factors that will determine the location of our broadcast booth team, and it will vary on a series-by-series basis,” a NESN spokesperson said via e-mail. “But, I can confirm that we will be traveling our broadcast booth talent for the majority of away games on NESN.

“With that said, because of advances in technology, we are able to have a level of agility to accommodate our talent schedules and locations so there will be some road games that are called from Watertown or even remotely from our talents’ homes.”

Dennis Eckersley, who has been with NESN since 2003 and remains as sharp and entertaining as any color analyst in baseball, will be alongside play-by-play voice Dave O’Brien (or fill-in Mike Monaco) for the majority of the games, though he has always been OK with limiting his travel.

As previously reported, former Red Sox players Kevin Youkilis and Kevin Millar, and 98.5 The Sports Hub host Tony Massarotti will also be in the analyst rotation this season. Youkilis will likely get the most reps in the booth among that trio, with Massarotti down for around 40 games and Millar, who is based in Austin, Texas, expected to work around 20. He is expected to be in the booth when the Red Sox visit Houston.

NESN has made some tweaks in his production team this season. Well-respected longtime director Mike Narracci has moved into a new role overseeing remote broadcast operations and partnerships as well as new game technologies. He will still produce some games. Dan Aspan is now running point on NESN’s Red Sox coverage, directing the majority of games and producing others, while Amy Johnson will produce the majority of the broadcasts.

Many regional sports networks have been hesitant to send their broadcast teams across myriad sports back on the road, partially because of the pandemic, but also because of the savings that comes from limiting or eliminating travel. Even now, the Orioles and Nationals do not plan on sending their television broadcasters on the road, at least at the start of the season.

But most RSNs have been easing back into it. Hall of Fame play-by-play voice Mike Gorman hasn’t traveled for NBC Sports Boston’s Celtics coverage this season, but radio voice Sean Grande has filled in on-site alongside Brian Scalabrine for around a half-dozen road games, and sideline reporter Abby Chin has traveled.

NESN’s Bruins broadcasters returned to the road in the middle of March for a swing through Chicago, Winnipeg, and Montreal. Play-by-play voice Jack Edwards had been advocating to travel for a while. The decision to send Edwards and analyst Andy Brickley on road trips might have been expedited by a fire alarm that went off while they were calling the Feb. 24 Bruins-Kraken game off the monitors in Watertown. Edwards and Brickley had to leave the broadcast and the building. They were absent from the broadcast for seven minutes, during which NESN showed the Kraken’s broadcast from Root Sports Northwest.

No matter the sport, the broadcasts are better — and require a lesser degree of difficulty for the play-by-play voices — when they are called on-site.

Good thing we’ll have the preseason to get used to this, because the high-profile changes in NFL broadcast booths this offseason are unlike anything we’ve ever seen. To reset your broadcaster rosters, Joe Buck and Troy Aikman are now with ESPN’s “Monday Night Football”; Al Michaels moves to Amazon Prime for its exclusive Thursday night broadcast, where he’ll be joined by Kirk Herbstreit, who built his name as a college football analyst for ESPN/ABC (and will keep in his role there, as well); Mike Tirico takes over for Michaels in the NBC “Sunday Night Football” perch, while analyst Cris Collinsworth will still be sliding onto our screens. Fox has not settled on a No. 1 broadcast pairing, while Jim Nantz and Tony Romo remain the reliable leads at CBS. Don’t know about you, but I never thought we’d see the day when job changes among NFL broadcasters drew almost as much attention as the transactions among players — and in some cases, higher salaries.

Home renovations won’t get easier or cheaper this year, but that doesn’t mean you should wait

Tue Mar 29 , 2022
The pandemic wreaked a specific kind of havoc on home remodeling. Swelling demand for construction projects collided with material and labor shortages, creating a home improvement traffic jam that has lasted into 2022. “The pandemic threw a very large wrench into everything, but in particular housing,” says Abbe Will, associate […] 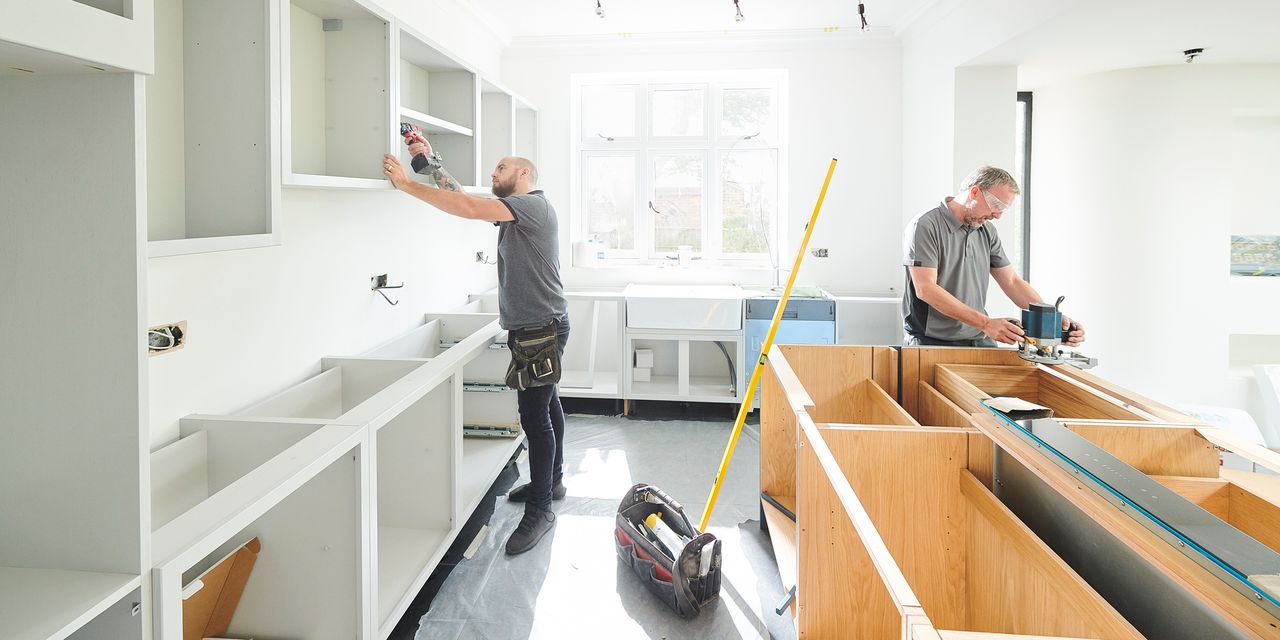