The rhythmic thud of a knife hitting a cutting board and the whirring of a blender filter through the happy chatter and noise of a bustling kitchen in Garfield Park on a warm August evening.

Inside the bright-white industrial kitchen, five students are learning how small tweaks to their eating habits could help close a life expectancy gap that shaves years — even a decade — off the average lives of Black and Latino Chicagoans compared with their white counterparts, according to a mayoral report released earlier this year.

Topping the list of reasons for the gap: chronic heart disease, cancer and diabetes. The leading cause of death in Chicago in 2020 wasn’t the coronavirus; it was heart disease, which is more prevalent in Black, Latino and South Asian communities. And while systemic issues like racism in housing, poor access to health care and a dearth of fresh food options in wide stretches of the city contribute to these health disparities, several Chicago organizations hope to spark change with free cooking classes that pair food education with cooking tips that make eating healthy a lot easier.

“If we just start throwing fresh veggies in these food apartheid areas, not everything’s going to change,” says Jeannine Wise, co-creator and head chef of Good Food is Good Medicine. “What (studies) found was that teaching (people) to cook also helped. Because if you don’t know what to do with fresh veggies because you’ve never had them around, then it doesn’t help to have the fresh veggies for no reason.”

Good Food is Good Medicine launched last year as one of three programs of The Good Food Catalyst organization, formerly known as FamilyFarmed. In March, it began offering free classes at The Hatchery, a food incubator and test kitchen in Garfield Park. Organizers intentionally wanted to offer classes in neighborhoods most affected by food deserts and redlining, says Dr. Ed McDonald, co-creator of Good Food is Good Medicine and a gastroenterologist at UChicago Medicine.

“These are areas where healthy food options are overwhelmed or inundated by unhealthy options,” McDonald says. “So those same areas that we call food deserts are technically food swamps where you have plenty of food, it’s just unhealthy food. And those, again, are also majority African American neighborhoods.”

In class, Janet Yarboi carefully minces fresh garlic. She measures out portions of basil, sunflower seeds and water, blending them together before squeezing lemon juice over her bright green pesto and giving it another whirl. Instead of Parmesan, nutritional yeast lends a cheesy flavor and a grated textural component, while keeping the sauce vegan.

Around her, other participants prepare Buffalo sauce and salt-free Creole seasoning. At an adjacent table, participants and an instructor slice okra in half, cut broccoli and season the vegetables.

The health topics of the day are cardiovascular disease, sodium and diabetes, says Wise, whose pronouns are they/she.

“Some of our favorite foods are fried. And it’s very appropriate to eat fried food, because food is about pleasure and enjoyment and community, right?” they say. “However, if you’re eating fried foods as a pattern, you are at higher risk for cardiovascular disease.”

So instead, the class learns to roast and bake, and then shares a meal of roasted chicken wings, baked salmon and veggies, drizzled with Buffalo sauce or pesto.

As they eat, McDonald touches on a variety of topics, from the effects of genetically modified foods, to cooking red meat in high heat, and whether gut health issues often affected by diet can be passed on to children, similar to generational trauma.

“There are the genes that we’re born with, and then there are the things that we can do that modify or affect those genes,” he says. “We call that passing on epigenetic changes.”

On the other side of the Dan Ryan, the day after the Bud Billiken Parade, Ericka Johnson is preparing walnut-stuffed peppers before a group of about a dozen people gathered at the Bronzeville Neighborhood Farm.

Before diving in, Johnson shares her story. Until three years ago, she says, she was a high-functioning alcoholic. She ran her own business — a nail salon — but was always drinking.

“In 2019, I decided to change, because I knew if I didn’t, I was going to see an early death,” Johnson tells the demo onlookers. “I felt my body dying.”

In the last three years, Johnson has taken up boxing and juicing and now eats a vegan diet.

“It just speaks to the power of what God has already created for us right here,” she says.

“Right!” some in the crowd respond, as others nod in agreement.

The farm began its monthly cooking demos in 2019, after LaNissa Trice, now a board member with the farm, first visited as a community member and then started volunteering. The founder of the farm, Johnnie Owens, who was fatally shot a year ago in his home, welcomed Trice in and was open to her suggestion to host chefs showcasing healthy foods using ingredients from the farm.

Though the last year has been difficult, continuing to tend to the garden and educate the community has been a way to honor Owens, Trice says, holding back tears.

“One of the things we do here at the farm is we try to educate the community on ways that they can purchase and eat healthier food options right here in their own neighborhood,” Trice tells attendees.

Surrounding the group in the garden, at 4156 S. Calumet Ave., are rows of kale, tomatoes and Swiss chard, and other vegetables that would soon be harvested and sold to community members on the weekends.

Johnson starts with dessert, preparing a lemon bar meringue and pouring it over a crust made of dates, pecans and coconut oil that she’d premade and frozen.

She tosses together a salad of arugula, tomatoes fresh from the farm and an imitation cheese. She quarters red bell peppers and seasons walnuts — her “meat” of the dish — with cumin, salt, garlic powder, onion powder and paprika, then grinds them in a food processor.

Maria Zaragoza is a Bronzeville resident who has been volunteering at the farm with her daughter for almost a year. She says the cooking demos give her ideas for new, healthier foods to cook at home. Her daughter went to a demo with her earlier in the summer and has since started liking basil and other greens and vegetables in her food.

“It kind of opened her horizons to more healthier green foods,” Zaragoza says of the cooking demo. “That’s what I like, that it’s inviting to the youth and it creates a place for them to sample.”

Both Johnson and Wise say they never ask people to cut things out of their diet. Instead, they show people alternative foods to add to their rotation.

“Yes, we’re going to teach you healthy cooking, but we are never going to say you’re doing something wrong. We’re never going to take food away from you. We’re only going to add,” Wise says. “We eat food for a variety of reasons and many are deeply psychological and emotional.”

McDonald agrees, saying they must meet people where they’re at. New funding will allow him and a team of researchers to analyze the effectiveness of Good Food is Good Medicine, looking at whether the participants’ diets change after their classes conclude. Meanwhile, Wise is working on expanding the program to other Chicago communities, partnering with existing community organizations when possible, in the Englewood and North Lawndale neighborhoods, with a class taught in Spanish in the works as well.

“I thought when we started this program that Good Food is Good Medicine was a nutrition education program,” Wise says. “I have now found out through real-time experience that we are a food justice program built on relationships. And I am so proud of that because that happened organically.”

What to eat. What to watch. What you need to live your best life … now.

For Yarboi, the class was a way for her to meet others in her community and learn healthy cooking.

“I’ve learned how to be creative and making things for myself at home (that are) just a bit healthier but still taste good,” she says. “Because seasoning is everything for me, and I really can’t sacrifice seasoning.”

With Wise and McDonald’s help, she’s happy to know she won’t have to.

Does your organization offer free cooking classes or demos? Email [email protected] to be included in the list.

Wed Sep 21 , 2022
From high school soccer tournaments to the World Cup, sports-related travel is a major driver for local and national economies across the U.S and around the world. Passionate sports fans, eager to travel after sticking close to home during COVID-19, are investing big bucks to become part of the action. […] 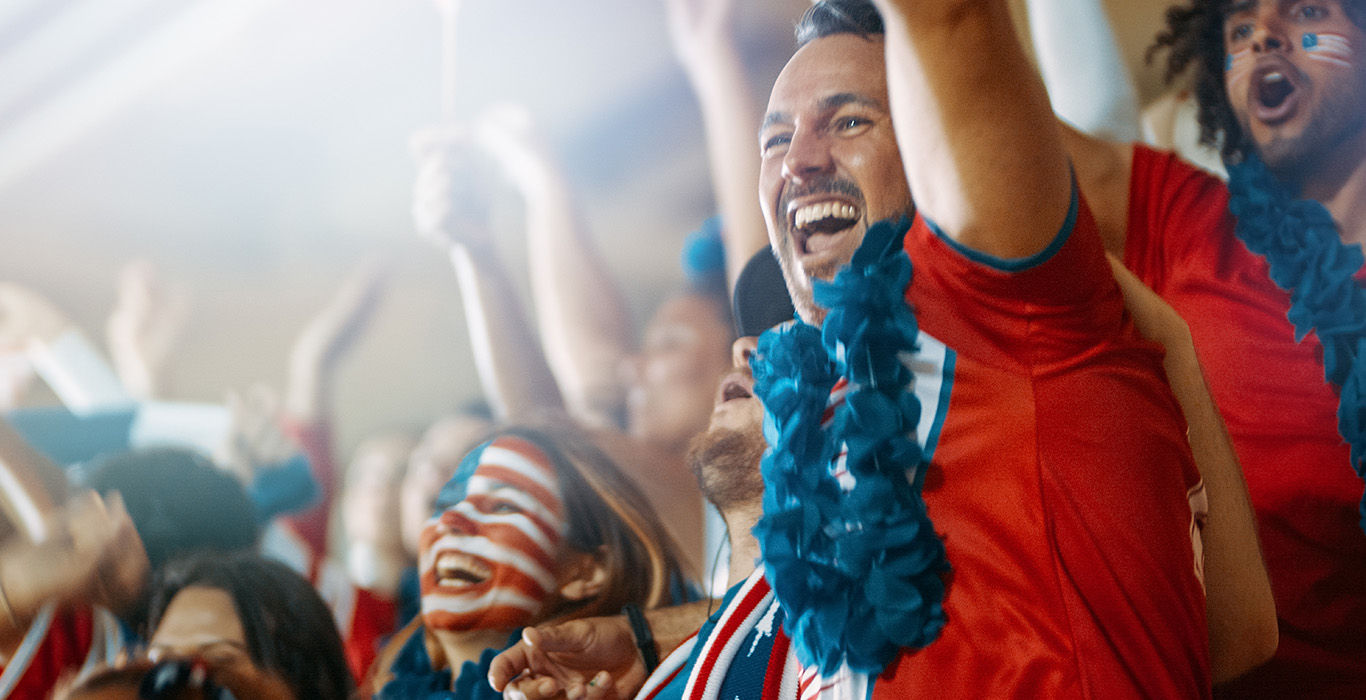