Novak Djokovic was included in the draw for the Australian Open — but he’s still waiting to learn if he can stay in the country.

All eyes are now on Immigration Minister Alex Hawke, who must decide whether to deport the tennis star, effectively overruling a judge who said Djokovic could stay in Australia despite questions about his exemption to COVID-19 vaccination rules.

It’s a decision that has legal, political, sporting and diplomatic consequences.

Australia has strict rules requiring vaccination against the coronavirus to enter the country. Djokovic’s case is all about whether he had a valid exemption to those rules.

His lawyers have argued that since he had COVID-19 in December, he did. Victoria state government and Tennis Australia, the tournament organizer, approved that exemption, apparently allowing him to receive a visa to travel.

But federal government lawyers have argued an infection is only grounds for an exemption in cases where the coronavirus caused severe illness.

It’s not clear why he was issued a visa if that’s the case. Tennis Australia has complained that guidelines on exemptions were confusing and changed frequently.

The Australian Border Force revoked Djokovic’s visa on arrival. They put him in an immigration detention hotel and intended to deport him.

But when the case went before a judge, he ruled in Djokovic’s favor — on procedural grounds, saying the tennis player didn’t get enough time to consult with his lawyers at the border.

Hawke’s office will consider the original decision to grant Djokovic a visa.

It will also likely consider the fact that Djokovic’s travel declaration form contains errors. The tennis player acknowledged Wednesday on social media that the form incorrectly says he hadn’t traveled in 14 days prior to his arrival in Australia.

Djokovic blamed “human error” by his support team and said it wasn’t deliberate.

The immigration minister has significant discretion in the matter and can revoke Djokovic’s visa again and deport him on public health grounds, character grounds and for a variety of other reasons.

While deliberating on the Djokovic case, Hawke is said to have separated his office from other parts of the government to avoid any impression of political interference.

WHAT HAPPENS IF AUSTRALIA REVOKES HIS VISA AGAIN?

Djokovic’s lawyers are expected immediately to seek an injunction. That would send the matter back to Federal Court, and that could take a while to play out.

It could mean he’s able to compete in the Australian Open in the meantime — attempting to win a record 21st Grand Slam title. Tournament organizers included him in the draw Thursday, and he is slated to play fellow Serb Miomir Kecmanovic next week.

But Djokovic also might have to return to a detention facility during the legal proceedings.

If he is ultimately deported, he might not be able to reapply for an Australian visa for three years. Djokovic is 34, and such a hiatus might mean he won’t have another chance to win the Australian title.

WHAT IS THIS ABOUT HIM NOT ISOLATING AFTER BECOMING INFECTED?

It’s not clear if this would affect his Australian visa, but Djokovic was out in public after his positive coronavirus test.

In his statement Wednesday, Djokovic acknowledged that he kept a date for an interview in December with French newspaper L’Equipe after learning he was positive — saying he maintained his distance from the journalists and was masked, except during a photo shoot. The writer who interviewed him said he has since tested negative; he did not mention the photographer.

Djokovic said he went ahead with the interview because he “didn’t want to let the journalist down” but conceded it was an “error of judgment.”

After the interview, he said he followed isolation rules. At the time, Serbia required those infected with COVID-19 to isolate for at least 14 days. But Djokovic was seen a little over a week after his positive test on the streets of Belgrade, though he said he had tested negative in between.

Serbian Prime Minister Ana Brnabic indicated that her government will take a stand once it gets all the facts about Djokovic’s whereabouts during the isolation period, but it has yet to publicly react.

HOW DO AUSTRALIANS FEEL ABOUT THIS?

Public support seems to have ebbed and flowed for Djokovic during the drama.

The initial decision to grant the unvaccinated star an exemption led to an outcry. Many felt Djokovic was being given special treatment, since Australians have faced almost two years of strict border controls during the pandemic.

Some also looked askance at allowing a prominent vaccine skeptic an exemption to pass through the border in a country in which 91.3% of the eligible population is vaccinated.

“The vast majority of Australians … didn’t like the idea that another individual, whether they’re a tennis player or … the king of Spain or the queen of England, can come up here and have a different set of rules to what everybody else has to deal with,” he said.

But this drama has had a lot of plot twists.

Public sympathy turned a little in Djokovic’s favor when he was held for four days in an immigration detention hotel. And when the Federal Circuit Court ruled in his favor, there was concern the mishandling of the visa cancellation painted Australia in a bad light.

More recent revelations of Djokovic’s behavior after he tested positive may have swung the pendulum against him again.

Back in his native Serbia, many have rallied to Djokovic’s side, particularly the country’s politicians.

WHAT IS THE POLITICS OF THIS?

When news broke last week that Djokovic had been detained at the border and his visa canceled, Prime Minister Scott Morrison was quick to embrace the decision.

Morrison’s government had been under pressure as the omicron variant swept across Australia, raising questions about his recent strategy to loosen restrictions. He may have sensed a political win in a decision that made him look tough on immigration. He has had less to say since the court overturned the cancellation of Djokovic’s visa, allowing the legal process to play out.

But Anthony Albanese, leader of the opposition Labor Party, has been scathing in his criticism of the government.

“This has been diabolical for Australia’s reputation, just in terms of our competence here and it is extraordinary that as we are speaking we still don’t know what the decision will be,” Albanese said. “The decision should have been made before he was granted a visa. Either he was eligible or he wasn’t.”

SLOW FOOD HEROES: Cooking for Those in Need

Thu Jan 13 , 2022
Francesco and Hugo, two friends from Italy, own a restaurant in Brussels called Racine. During the first lockdown, they had to close their business indefinitely, like many others in town. Once the shock passed, they decided to give a hand to local organizations, and started cooking for people in need. […] 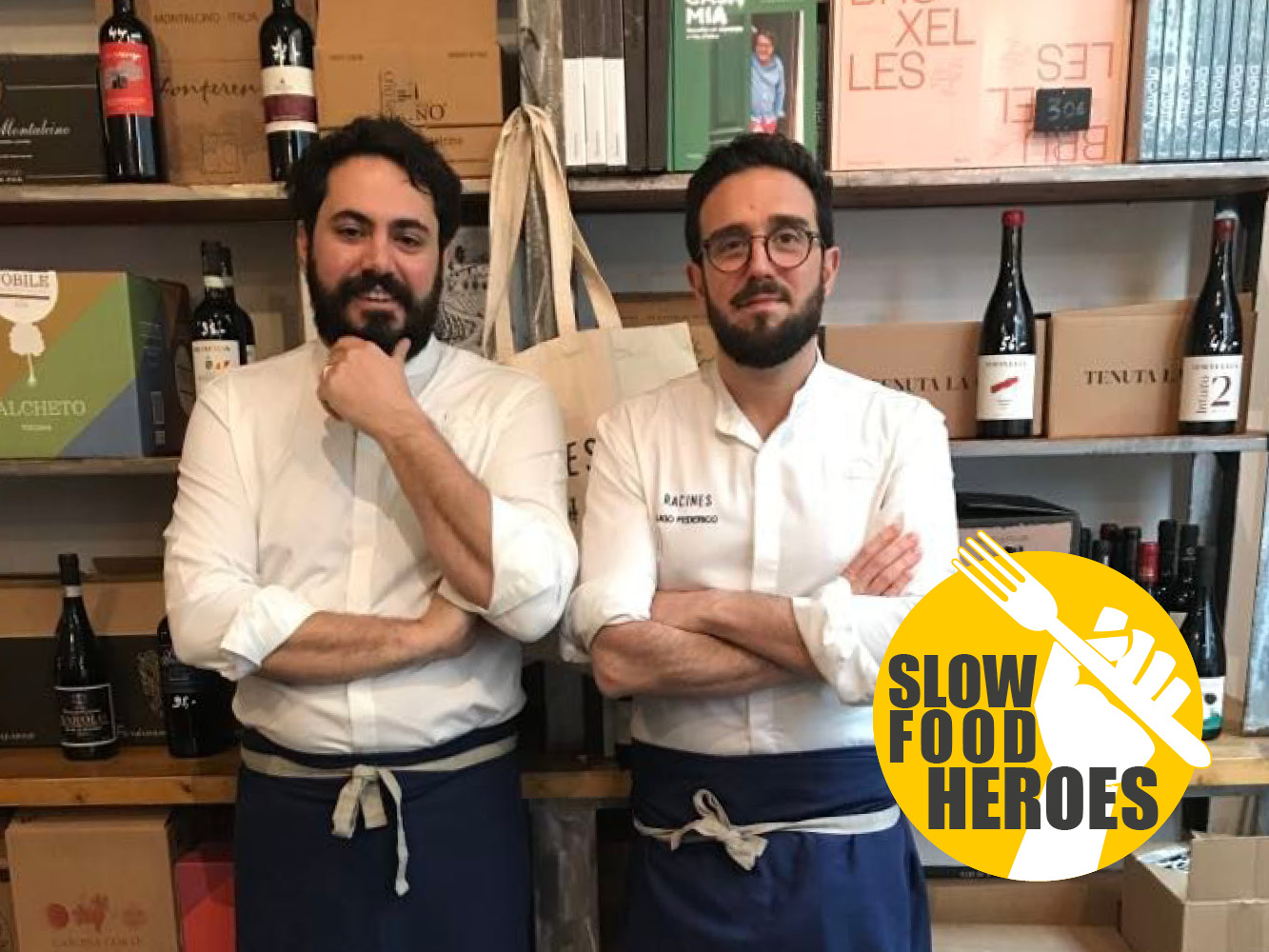