Despite Dell Technologies (NYSE: DELL) posting a solid beat on analyst expectations for their Q2 numbers, Wall Street hasn’t been seen to rush in on the long side of their shares just yet. Their top-line revenue was up 15% compared to the same quarter last year, while their bottom line GAAP EPS was close to 20% higher than the consensus. This kind of momentum in these two numbers would usually be enough to send shares higher, but not so with Dell.

The earnings report was released after the bell on Thursday and shares fell as much as 7% on Friday before recovering somewhat into the weekend. The fact that they traded fairly flat yesterday suggests investors are still digesting the numbers and what they could mean to Dell’s share price in the coming months. The Texas headquartered company has watched its shares trade in a fairly narrow range since April, with them just about grazing fresh all-time highs for a few sessions in June. Dell can’t claim to be as fast-growing as some of its tech peers, but on the whole, the name itself carries a weight to it that attracts a certain type of investor.

That’s why more than a few are surely scratching their heads over the stock’s performance, or lack thereof since the numbers came out last week. Not only did the headline numbers top analyst expectations, but the company set a quarterly record for both the Q2 revenue and operating income generated. Jeff Clarke, vice chairman, and co-chief operating officer wasn’t slow about highlighting these, and more, positives, saying “we’re well known for our unique ability to adjust and lean into growth opportunities, as evidenced by our results with record second-quarter revenue of $26.1 billion. We’re innovating and helping customers grow with a focus on multi-cloud solutions and modern infrastructure delivered traditionally and as-a-Service.”

Tom Sweet, chief financial officer, built on that message when he said “we had strong results again this quarter, with all business units growing. We are creating long-term value by taking share, pursuing high-value growth opportunities, and profitably growing and modernizing our core business. For example, in the storage space, VxRail orders were up 34% and PowerStore continues to ramp up nicely.”

But for all that, their shares have yet to react in line with management’s optimism. The lackluster response so far could be due to the sharp deceleration in Dell’s consumer PC sales growth which slowed to 17% over last year’s second quarter, a big decline compared to the 42% growth in the first quarter. This bucked the trend of accelerating growth seen elsewhere in the business, such as commercial sales which improved from 14% in the first quarter to 32% in the second quarter.

If it is the culprit, then in the grand scheme of things it shouldn’t be a massive red flag. The ongoing shortage of semiconductors and other key computer components is said to be behind the drag in growth but Dell has plenty of other engines firing on all cylinders. Compared to the likes of computer rival HP Inc (NYSE: HPQ), who Dell is often rated against, Dell is seen to be “executing on share gains as commercial PC demand recovers.” This is according to Morgan Stanley analyst Katy Huberty, who last week downgraded HP shares while reiterating her outperform rating on Dell’s.

And despite the initial reaction, the bears haven’t been able to take shares lower in the two sessions since the earnings were released which suggests investors are happy with the price remaining within a couple of dollars of its all-time high. It will be interesting to see how they perform this week and if the overall beat delivered will be enough to send the stock trending upwards. If August’s high of $102 can be reclaimed fairly quickly, then there’s every reason to think that the stock’s all-time high of $105 would be next in line, while investors have plenty of support around the $95 level to work stops and exits.

Wed Sep 1 , 2021
We include products we think are useful for our readers. If you buy through links on this page, we may earn a small commission. Here’s our process. Bowflex offers two treadmills: the T22 and T10. Both options give a person access to walking and running exercises at home to help […] 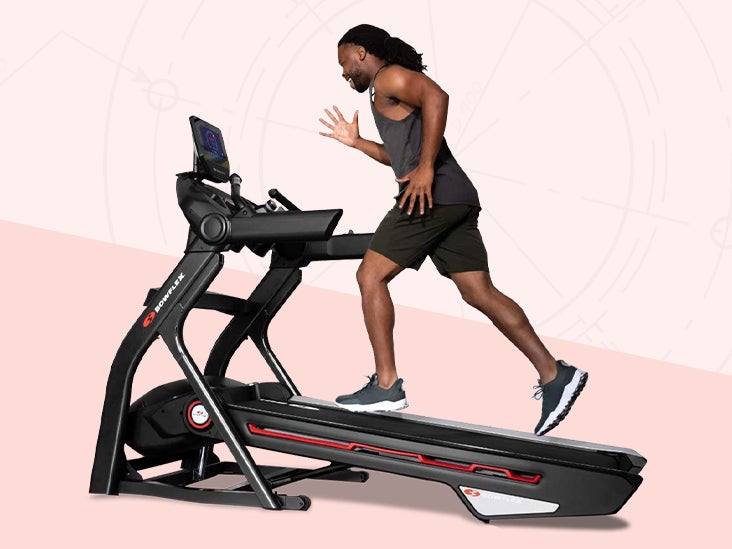