I think I know the problem. The problem is that, during the pandemic, I have been working from home, and it is not used to me being around all of the time. I’m hard enough to take in even small doses. From the house’s perspective, this is just all too much.

On the rare occasions that I do leave, I swear I can hear the house sigh contentedly.

I have written before about how many of my kitchen appliances are conspiring against me. Apparently, the house read that column and got jealous. It wanted in on the action, too.

As I write this, a plumber is in my kitchen, not more than eight feet away from me, trying to unclog my sink. He has been here for more than three hours, which proves that this is no ordinary clog. This is the type of clog that only a truly dedicated house could create.

I first tried to work on it myself, of course. I got down on the floor. I detached the pipes under the sink. I cleaned up the mess that resulted from detaching the pipes under the sink while using a bucket that was too small to catch everything that drained out. I showed my wife my butt crack, a vital element of all plumbing work.

So I called the plumber. He pushed a heavy-duty turbo-charged Mach 5 snake into the pipe as far as it could go. Nothing doing. He just went into the basement with a saw to perform what he called “surgery” on the pipes.

If it were just the kitchen sink, I wouldn’t even consider the possibility that the house has joined the appliances’ insurrection. But the sink clogged just one day before our pipes froze.

This was last week, when it was so cold. We had the same problem a couple of years ago, so we knew to take precautions.

We have one pipe that runs just inside an exterior wall in an open space that is, at best, minimally insulated. When it froze before — thankfully, it did not break — I managed to thaw it out from the basement with a space heater and a hair dryer.

Last week, when the temperature began to plummet, I turned on the space heater as a proactive measure to keep the pipe from freezing again. The pipe, though, scoffed at my idea and went ahead and froze anyway.

The space heater had been sitting on a couple of stools, so I raised it almost to the ceiling, where the open space began, by adding an ice chest and a couple of thick books. This is the time-honored male way of doing things.

I got tired of holding the hair dryer in the same open space, so I duct taped it to some of the pipes. And that is really the male way of doing things. But it worked, and in just 15 minutes or so, the water was running freely again.

I’m skipping the part about tripping the circuit breaker a couple of times while trying to find a configuration that allowed me to run the dryer and the heater at the same time (in the end, I just turned off the heater). But I won’t skip the part about trying to get the duct tape residue off my wife’s hair dryer.

My house has two wine coolers. I think this is hilarious. In our defense, they were there when we bought the place. We put red wine in one and white in the other, which we keep a little colder.

But one of them, the white wine one, has been acting up. Frost has been building up on the cooling unit, and cans of soda that we have also been keeping in it have been bursting.

We had a white-wine cooler guy come out and take a look at it. He said something about freon and a closed system and I don’t know what else, but the gist of it is that we should just buy a new one.

For the sake of aesthetics, the new one should match the still-working red-wine one. But the people who owned our house before us had ludicrously expensive taste. A new wine cooler to match the old one would cost as much as a fully functioning used car, and I am not joking.

In the spring, we will remove the broken wine cooler and build shelves to replace it.

Meanwhile, I hope the house reads this column and is happy.

Update: The plumber went home in defeat. Tomorrow he is sending someone else out to fix the clog with what I assume is a small thermonuclear device.

N.S. unveils new rule restricting travel for sports for kids 11 and under

Thu Dec 2 , 2021
The Nova Scotia government has announced new rules for children 11 and under that restrict kids from travelling out of province for arts or sports games, competitions and tournaments.  The restrictions go into effect immediately, and also apply to children travelling to the province — meaning local organizations, businesses and individuals can’t […] 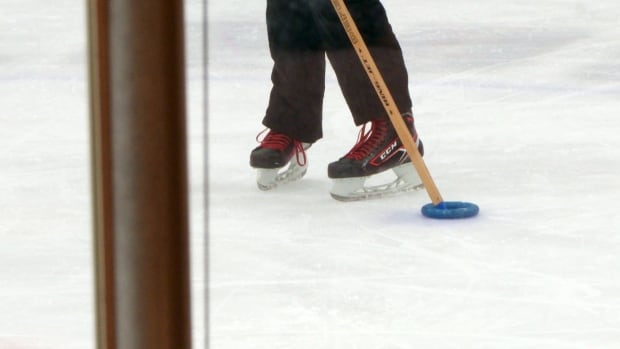