It was a “beautiful chaos” according to Vogue. Customers waited in line for hours at the Rainbow fast fashion outlet on Fulton Street in downtown Brooklyn to get their hands on a “Telfeezy,” or a Telfar shopping bag earlier this month. The scene with Haus of Telfar dancers voguing and doing death drops played out across social media platforms making Telfar a trending topic for days.

The collaboration with Rainbow, a clothing store found in predominantly Black and Brown neighborhoods, garnered harsh criticism of the Black-owned fashion company in some quarters.

Twitter users called the bags cheap and scoffed at the thought of attending an event at the low-end fashion outlet. “​​I wanted one when they were hard to get. The fact they are bout to be at rainbow really makes me look at them different now,” wrote one Twitter user.

Known for it’s collaborations with brands like Ugg, Easypak, and Gap, Telfar is no stranger to left-field joint ventures. In one eyebrow-raising venture they designed the uniforms for the burger chain White Castle. Telfar likes to do things differently. But some question whether the Telfar shopping bag can stay as in demand even as more people gain access to the highly sought after accessory?

The Rainbow drop is classic Telfar. Founder Telfar Clemens and his business partner Babok Radboy launched Telfar in 2005 with inclusivity at the forefront of the marketing strategy and the tagline: “It’s not for you, it’s for everyone.” Telfar quickly turned the luxury fashion business “on it’s head”, Ashley Mason-Greene, founder of Evergreene PR Firm says.

The bag was soon seen on the arms of stars and influencers around the world – dubbed the Bushwick Birkin after the hip Brooklyn neighborhood and Hermes’ famous – and infamously expensive – handbag.

“When Beyonce was seen wearing a white Telfar bag everyone knew the price was going up,” says Mason-Greene. But the price remained the same, retailing between $150 -$257, or “what a DJ might make in a night”, Clemens told The Guardian in a 2020 interview. It’s an inverted approach from the trickle-down fashionomics employed by brands like Louis Vuitton and Chanel that use cheaper items to promote their higher-end goods.

“Here in DC I would walk down the street wearing mine and people would yell out ‘Ok. I see you ‘Bushwick Birkin,’” Mason-Greene laughs. “I think from the beginning it was marketed to the streets where you can have a desirable product that doesn’t cost thousands of dollars.”

“Rainbow was the fast fashion before the online boutiques,” she says about the Black community’s relationship with the clothing store. “It gave us a window into these other worlds that maybe we couldn’t afford, but allowed us to still look cool.”

Staying relevant is how the 100% vegan leather bag has become a coveted item among Black college students says Howard University senior Leah Dawson. As the creator for fitcamHU, a Howard University fashion-inspired TikTok account, Dawson says Telfar “knows their demographic”. Instagram posts of dancers voguing on the subway wearing the latest bag are what, she says, feeds into the drop culture.

“Their social media branding has done a good job at reaching young people or college students, even if it is just an influencer wearing the bag,” she says.

The brand has certainly hit the mark at Historically Black Colleges and Universities (HBCUs), or institutions of higher education built before the Civil Rights Act of 1964 to serve Black students. At Howard University, an HBCU in Washington DC, and alma mater of vice president Kamala Harris “Telfar Tuesday” is where you can find students like Dawson showing off their drip. The film major owns four Telfar bags and received a backpack from the company after a Tik Tok post of the weekly event went viral.

On The Yard at Howard University it’s not hard to spot the embossed “TC” logo on brightly colored bags. Students like Asia Alexander, who owns 10 Telfar bags, says the popularity of the pieces at HBCUs is due, in part, to it being one of the few Black-owned luxury brands.

“He never changed his prices. A lot of people can’t afford a Louis Vuitton or a YSL, but he kept his prices the same and that shows so much respect for Black people,” Alexander says.

“You wouldn’t equate Rainbow or White Castle to a luxury bag,” says Betts. “He makes it so the bags are accessible to Black people in inner-city communities. It’s not about exclusivity.”

And in Atlanta, where Telfar bags are worn by both men and women the message of inclusivity rings true in the LBGTQ+ community. Kri Peck, managing partner at the highly regarded CR8 Agency PR Firm, says as a gay man the classically designed bag aligns with his aesthetic.

“It’s unisex and it’s easy to carry and that’s what made me want one,” Peck says. “It makes people like me feel safe. Carrying a purse is a little too feminine for me, but carrying a Telfar bag is the perfect balance.”

Peck never wore a bag before he saw a Telfar on the streets of Atlanta, and now he owns four in various shapes and sizes. The message of inclusivity and accessibility sells itself and the high profile drops are just the “icing on the cake’’ Mason-Greene says about the innovative approach. She references Telfar TV and the Olympic uniform of Liberia, a nod to Clemens’ parental heritage, designed by the company as impressive marketing efforts.

As the Rainbow drops continue, critics may scoff but Telfar’s fans aren’t listening. Besides Mason-Greene says there are plenty of other Telfar products that are still exclusive. The Rainbow drop only offers the shopping bag in all sizes and colors, but no other items or bags will be available. The limited availability connects the Telfar shopping bag to a unique experience that’s more elusive than exclusive.

“I don’t think I’ve seen any other fashion brand having so much fun with marketing,” Mason-Greene says. “It’s an opportunity for other brands to pay attention.”

At Age 60, I'm Learning to Accept My Daughter's Financial Support

Sun Sep 25 , 2022
Insider’s experts choose the best products and services to help make smart decisions with your money (here’s how). In some cases, we receive a commission from our our partners, however, our opinions are our own. Terms apply to offers listed on this page. After years working for nonprofits, I am […] 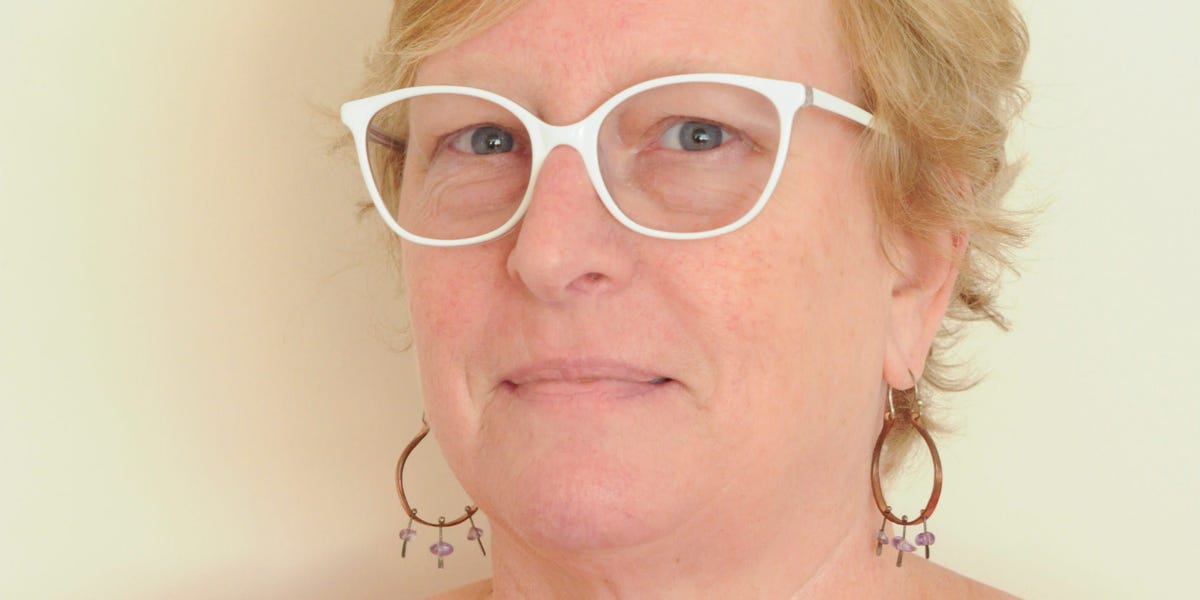