As I sat down to write today, I was reminded of a column I wrote in June 2020, three months after we stepped out into the Pandemic Unknown. I wrote that I just could not write — “la la la…bake a cake…roll out some pasta…barbecue.”

I was reacting to our new normal — the pandemic, economic uncertainty, riots and blatant racism — a normal that lacked grace and decency. It felt ludicrous to be writing about food, recipes, restaurants and family history.

A few months ago, I again wondered about appropriateness of writing about those very same things as horrific things occurred in Eastern Europe, reminding us of the vicious atrocities happening all over the world.

But in both cases I did write. I cooked. I fed my loved ones.

These days I’m sad and angry, still reeling from the unfathomable violence of the past month. The unimaginable grief. Should I be writing about food, recipes, restaurants, and family history? Can I?

I have a mystery to solve. I will pull the thread of it and hope words follow.

I’ve written over the years about my political rabble-rousing great-grandfather and his rather hasty departure from the motherland. Like many Chinese of the late 19th century, he was frustrated with the political climate and was outspoken against the Ching Dynasty. One day, as he was attending a political rally, Ching henchmen began to chase him. Great-grandfather ran until he reached the Pearl River, and as those who threatened him neared, he jumped into the water, knowing if he survived, he could never return to China, knowing he was leaving his wife and five children behind. Rescued by boat, he found himself on the way to San Francisco, eventually ending up in Hanford where he opened his beautiful and precious noodles house.

When speaking of family history Auntie Harriet often said that my great-grandmother died of a broken heart subsequent to Great-grandfather’s sudden leave-taking.

In 1906, Great-grandfather sent for one of his sons (who became my grandfather) to help him with his growing restaurant business. This is where the mystery begins, with Grandfather.

A couple of weeks ago, Steve and I were visiting my family’s gravestones. As we stood over Grandfather’s, a strange feeling came over me, something was odd. I stared at the stone and gasped when I saw it. Grandfather’s birthdate: Feb. 20, 1888. The date made no sense. Great-grandfather opened his noodle house on China Alley in 1883, his departure from China was a year or two prior to that date, and he never returned. How could Grandfather’s birthday be in 1888? How had I not noticed this before?

When we returned home, I immediately reached for the file that contained a mock family tree that Dad, Auntie Harriet, and Uncles Richard and Calvin created. On this document Grandfather’s birthdate year is listed in 1881, which makes sense according to our family lore. We have, also, a copy of a family tree book that, according to Dad, follows the family lineage back two thousand years. Perhaps I will find in it additional confirmation for Grandfather’s correct birthday in there.

Still, I have no answers for the gravestone date, and I no longer have anyone to ask about it. It seems, further, I cannot trust things that are written in stone, leaving me with the same mystery I first set out to unweave.

But what I do trust again now, as I have so many times before, is that I can step into the kitchen and cook. The ritual and rhythm of cooking is a comfort of a sort itself. Cooking for those I love is another source of comfort. Spending time in the kitchen can’t undo soul-crushing grief or stop horrific senseless things from happening. But it helps.

My comfort foods usually involve noodles, rice, or dumplings. This week I’m sharing a comfort food recipe on the opposite spectrum of my recipe box, braised pork shanks. My brother, Damon, recently procured some lovely Heritage pork shanks, and they were the star of a perfect comfort food dinner. It was a cooler late spring day when I prepared the shanks, so I didn’t mind turning on the oven. For when there is the need for this kind of comfort food during warmer weather, I’ve included cooking times for braising in a slow cooker.

Arianne Wing is the co-author of “Noodles Through Escargots,” and co-operator of the L.T. Sue Tea Room and Emporium, benefiting the restoration and preservation of China Alley. She may be reached at [email protected]

Thu Jun 9 , 2022
Editor’s Note — Sign up to CNN Travel’s Unlocking Italy newsletter for insider intel on Italy’s best loved destinations and lesser-known regions to plan your ultimate trip. Plus, we’ll get you in the mood before you go with movie suggestions, reading lists and recipes from Stanley Tucci. Rome (CNN) — […] 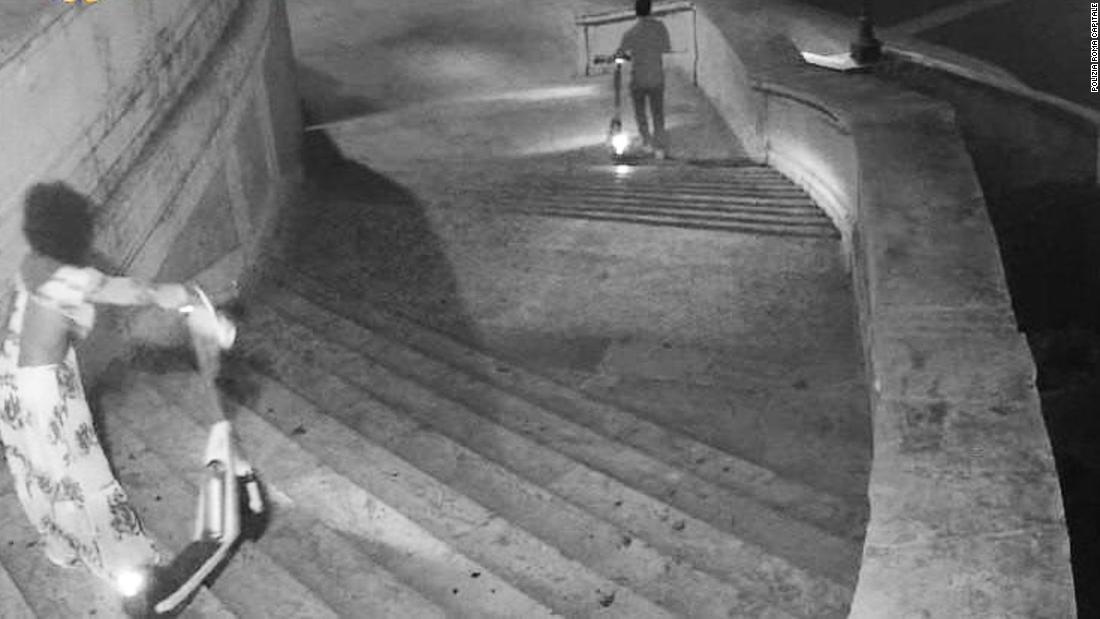