Chef Scotty Scott curates experiences around food, whether it’s at a pop-up event, an entertaining video, or a recipe that reminds you of something you’ve eaten before but tastes different.

His goal is to make food that is new and memorable, even if it’s his own take on a classic, like shrimp with fried polenta, pecan smoked short ribs, or candied sweet potato gnocchi.

“Two things I want to hear from people is one, ‘It’s amazing,’ and then two, ‘I’ve never had this before,'” Scott said.

Scott found his passion for cooking as a kid, and it evolved with him. In law school, he hosted dinner parties, then he started a personal chef service catering events and cooking in people’s homes, which led him to post cooking videos and tutorials on social media. Now he’s an author — his first cookbook, “Fix Me A Plate,” focusing on soul food recipes, is out in March.

He shared his approach to cooking and trends in the kitchen.

Scotty Scott isn’t a professionally trained chef, but that’s given him an advantage because he feels free to experiment with different flavors and combinations. He likes to take classic dishes and put his spin on them — what he calls a “remix” — making sure the texture and mouth-feel stand out.

He calls his cooking style and recipes “kind of fusiony.” He likes to look at different recipes and ingredients to make a new creation.

Inspiration for Scott’s new recipes come from everything — his mood, traveling, fresh ingredients at the farmer’s market, spices, and even music. And they all lead to various dishes. He sees cooking as “very fluid” and wants to inspire people to not be so rigid when making new dishes.

“I tell my followers this is a blueprint of what you can do with [this recipe], then you can choose your own adventure of what you want to add or subtract or switch up.”

When Scott makes videos of cooking, he also offers something different than standard tutorials showing prescriptive steps, and instead makes it an experience.

“I think people deserve more than the standard one-cup, two-cup, it’s done,” he said. “I’m here to entertain you as well and encompass as much as I can in cooking videos and my recipes.”

Get creative with ingredients

Scott likes to create different recipes out of the same ingredients or make various dishes out of leftovers.

“You take this one ingredient and you can make it into three totally different things that can be delicious in their own right,” he said.

For example, a bulk portion of rice and beans can then become a red bean burger or bean hummus. Smoked duck can turn into bao buns, tacos, or gumbo. A coffee rub for beef cheek chili pasta can also go on salmon the next day.

“I tell people leftovers don’t have to be boring, you can take what you made and make it into something totally different,” he said.

For Scott, the finishing touch on any meal is the sauce because it adds flavor and presentation appeal. For example, his chicken and brown butter sweet potato waffle recipe is finished with maple bourbon sauce.

“That kind of ties it all together,” he said. “It’s a little bit of sweet with the chicken and it’s got heat, and it pairs well with the sweet potato.”

For Angel’s Envy bourbon, the finishing touch is aging up to six months in a secondary ruby port wine barrel after first aging four to six years in charred new white oak barrels. Scott recommends pairing bourbon with red meat like a good steak or his polenta short rib dish.

“When you leave there, yes hopefully you were fed and it was decent, but what was the mood like? What was the feeling like?” he said. “I think that’s always going to play into drawing people into different restaurants. How do they feel when they’re there?”

Scott also noticed that people are learning toward better quality ingredients, like heirloom grains and greens.

“That’s been one of the cool things for me, is people taking passion in heirloom grains … to make sure you’re getting the highest quality ingredients in the recipes you’re creating.”

Another trend is pop-up and ghost kitchens with rotating menus. Some restaurants serve the same thing over and over, but these give chefs a chance to experiment and be creative and for people to try new things.

He said the air fryer is another trend — he doesn’t have one yet or think it’s totally necessary, but he appreciates any device that encourages people to make food at home.

“Anything that gets people cooking is a good trend,” he said.

Learn how to pair the perfect Angel’s Envy cocktail with your own recipes.

This post was created by Insider Studios with Angel’s Envy.

Sat Mar 5 , 2022
The return of Fred VanVleet and OG Anunoby is not going to be too far away. Both Toronto Raptors players are planning to travel with the team on the upcoming road trip, Raptors coach Nick Nurse said Friday. The Raptors will play six road games between Sunday and next March […] 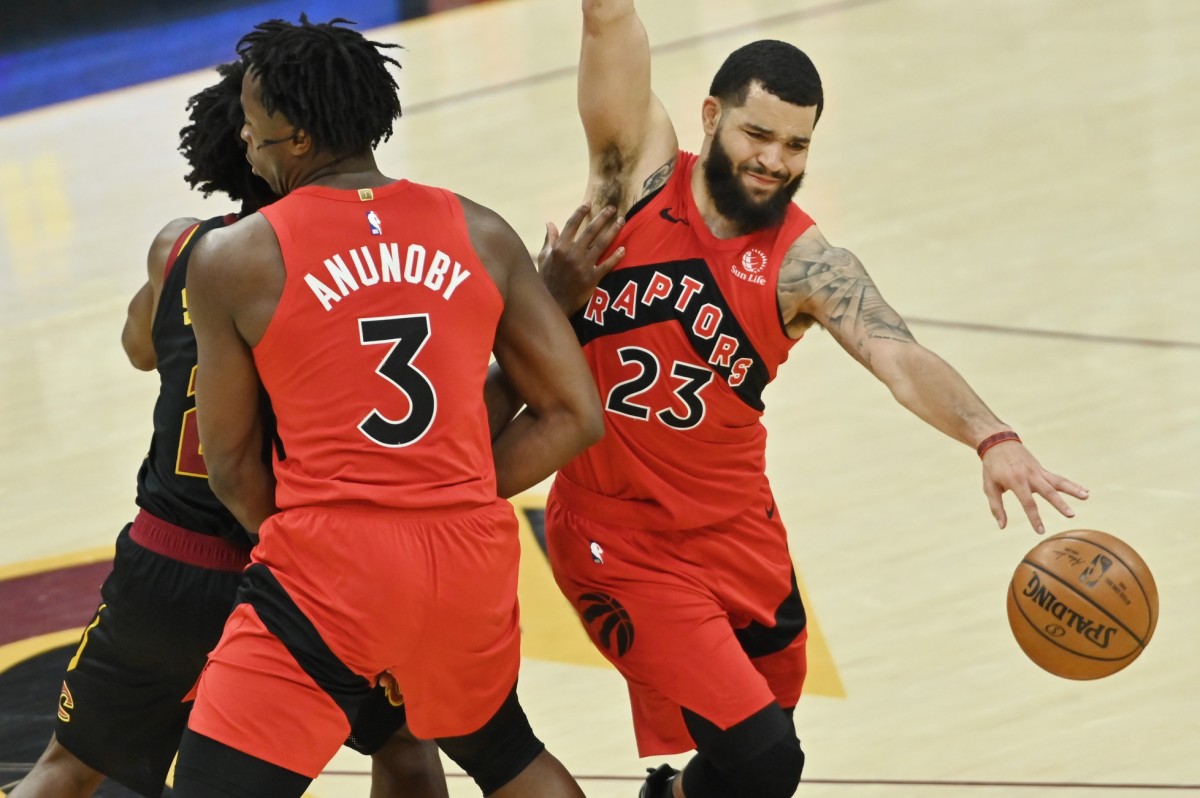