Catfish is the largest aquaculture industry in the United States. According to the National Agricultural Statistics Service, catfish growers in the United States had sales of $421 million in 2021. The U.S. Department of Agriculture conducts mandatory inspection of catfish, as mandated by the 2005 Farm Bill. Read on for information about this white, low-fat fish, which is the sixth most popular seafood species in the U.S.

Catfish are freshwater fish native to central North America. Most catfish inhabit shallow running water — either inland or in coastal waters of every continent except Antarctica. The majority of all catfish species live in the Americas. There are more than 2,000 species of catfish worldwide. The most commonly raised and consumed species in the United States are the Channel catfish and Blue catfish. The following are species most often sold in the United States.

Channel catfish (Ictalurus punctatus) — make up 90% of U.S. farm-raised catfish. They are the most important species of aquatic animal commercially cultured in the United States.

Blue catfish (Ictalurus furcatus) — are larger than Channel catfish, have smaller heads and have a higher percentage of edible meat. However, they take a longer time to spawn and they mature later.

Basa (Pangasius bocourti) — a Siluriformes fish species primarily from Vietnam. It cannot be labeled “catfish” in the U.S.; it is typically sold as “basa.”

Catfish are usually slender with a flattened underside and do not have scales. Catfish are white to silvery on the undersides, shading to grayish blue or olive green to nearly black at the top of the back. Albino Channel catfish are a peach color. Up to eight barbels (whisker-like appendages) are located on the chin or sides of the mouth. The barbels’ function is to detect food. Channel catfish are also distinguished by their deeply forked tail. Catfish have no incisors (cutting teeth); they generally feed through suction or gulping rather than biting and cutting.

How Large are Catfish?

Catfish are the largest freshwater fish, but range greatly in size. A giant Basa catfish caught in Thailand’s Mekong River in 2005 reportedly weighed 650 pounds. Many specimens on record measure more than 8 feet long and exceed 220 pounds. Farmed catfish are generally smaller in size. The ideal weight for U.S. farm-raised catfish is 1.7 pounds; it yields two (4 to 6-ounce) fillets.

Aquaculture refers to the breeding, rearing and harvesting of plants and animals in all types of water environments, including ponds, rivers, lakes and oceans. Seafood produced by aquaculture are generally referred to as farm-raised seafood. According to the U.S. Department of Commerce’s National Oceanic and Atmospheric Administration (NOAA), “Aquaculture is the fastest growing form of food production in the world. Globally, nearly half the fish consumed by humans is produced by fish farms.”

Where are U.S. Catfish Farm-Raised?

U.S. production of catfish by aquaculture is concentrated in Southeastern states, with Mississippi producing over 50% of U.S. catfish. Alabama, Arkansas, Louisiana and Mississippi together produce 94% of all U.S. farm-raised catfish. Although the U.S. domestic fish growing process primarily utilizes fish-raising ponds, FSIS recognizes that wild-caught fish are commercially processed.

How are U.S. Catfish Farm-Raised?

U.S. farm-raised catfish are grown in environmentally controlled, clay-based ponds filled with fresh water pumped from underground wells. The average pond, constructed by building above ground levees to serve as natural barriers, is 10 to 20 land acres in area and 4 to 6 feet deep. Mature breeding catfish remain in production an average of 4 to 6 years and lay 3,000 to 4,000 eggs annually per pound of body weight. The fertilized eggs are taken to special hatcheries where they hatch after seven days. Soon, the tiny, swimming catfish are moved to special ponds where they grow into “fingerlings” (the size of an index finger). When the fingerlings are about 4 to 6 inches long, they are placed in artificially made ponds. After about 2 years or when they reach approximately 1.7 pounds each, the catfish are harvested with seines (large, weighted nets), transferred to aerated tank trucks and taken to processing plants.

What do Catfish Eat?

The largest ingredient in high-protein catfish feed is soybean meal with some corn, rice and fish meal ingredients. The feed is made into pellets that float on the surface of the pond. For young fish (fingerlings), the pellets are crushed into meal. The feed is routinely analyzed for moisture, protein, fat, fiber and micronutrients to ensure nutritional value.

How Are Catfish Processed?

Catfish are cleaned, processed and placed on ice or frozen to a temperature of 40 °F below zero using an individually quick-frozen method that preserves the taste and quality of the fish. The catfish is then sold as whole fish, steaks, fillets, strips and nuggets as well as marinated and breaded or precooked in frozen dinners.

How is Catfish Inspected?

Catfish is under mandatory Federal inspection performed by USDA’s Food Safety and Inspection Service (FSIS). The FSIS inspector must have knowledge about that particular species. The “Inspected and Passed by USDA” seal ensures the catfish is wholesome and free from disease.

Are Catfish Kosher or Halal?

No. Because catfish do not have scales, they are not considered kosher or halal.

Can Hormones and Antibiotics Be Used in U.S. Catfish Raising?

U.S. farm-raised catfish are not given hormones. These fish are also not routinely raised with antibiotics. Only in rare instances when medication is required to treat an illness is U.S. farm-raised catfish treated with a prescribed dose of antibiotics. A “withdrawal” period is required from the time antibiotics are administered before the fish can be harvested. This ensures that no residues are present in the fish’s system. Catfish are randomly tested for drug residues as part of FSIS’ inspection activities.

Is Catfish Labeled with Its Country of Origin?

Yes. Country of Origin Labeling is required for catfish as it is for all fish and shellfish.

What Color is Catfish Meat?

The color of raw catfish varies from ivory to pale grey or yellow.

Product dating is not required by Federal regulations, but many stores and processors voluntarily date packages of catfish and catfish products. If a calendar date is shown, immediately adjacent to the date there must be a phrase explaining the meaning of that date such as “sell by” or “use before.”

The “use before” date is for quality assurance; after the date, peak quality begins to lessen but the product may still be used. It’s always best to buy a product before the date expires. If a use-by date expires while the catfish is frozen, the food can still be used. Raw fish should be kept in the refrigerator (40 °F/4.4 °C or less) only 1 or 2 days before cooking or freezing. After cooking, store seafood in the refrigerator 3 to 4 days. Any frozen fish will be safe indefinitely; however, the flavor and texture will lessen after lengthy storage.

Are Additives Allowed on Fresh Catfish?

No. Additives are not allowed on fresh catfish. If catfish is processed, however, additives such as MSG, salt or sodium erythorbate may be added but must be listed on the label.

As on any perishable meat, fish or poultry, bacteria can be found on raw or undercooked catfish. They multiply rapidly in the “Danger Zone” at temperatures between 40 °F and 140 °F (out of refrigeration and before thorough cooking occurs). Freezing doesn’t kill bacteria, but they are destroyed by thorough cooking.

The following are two types of bacteria commonly associated with catfish:

Washing or rinsing fish before cooking is not recommended. During washing, bacteria can be easily splashed onto surfaces of your kitchen, possibly spreading bacteria to other foods, utensils and surfaces. We call this cross-contamination.

How to Handle Catfish Safely

Catfish may be thawed in cold water in airtight packaging or in a leak proof bag. Submerge the package in cold water, changing the water every 30 minutes to be sure it stays cold. Fillets should thaw in about an hour. Whole catfish should defrost in 2 to 3 hours and should be cooked immediately after thawing.

Catfish defrosted in the microwave should be cooked immediately after thawing because some areas of the fish may become warm and begin to cook during microwaving.

Holding partially cooked food is not recommended because any bacteria present wouldn’t have been destroyed and can multiply at holding temperatures. Foods defrosted in the microwave or by the cold water method should be cooked fully before refrigerating or refreezing.

Catfish can be cooked from the frozen state in the oven or on the stove. The cooking time may be about 50% longer than for fresh or thawed catfish.

How Long Should You Marinate Catfish?

Catfish absorbs marinades rapidly. Marinate the fish only 2 to 4 hours in the refrigerator. It’s safe to store purchased vacuum-packaged marinated catfish for 1 to 2 days before cooking. Boil used marinade before brushing on cooked catfish and discard any uncooked leftover marinade.

All catfish should reach a safe minimum internal temperature of 145 °F as measured with a food thermometer before removing the meat from the heat source.

USDA recommends cooking catfish to a safe minimum internal temperature of 145 °F as measured with a food thermometer. For approximate cooking times to use in meal planning, see the following chart compiled from various resources.

Since product dates aren’t a guide for safe use of a product, how long can the consumer store the food and still use it at top quality? Follow these tips:

Breaking down the numbers behind USC and UCLA's Big Ten travel

Tue Jul 26 , 2022
Goodbye, airborne power naps to Northern California and snappy two-hours-or-less flights to Colorado and Arizona State. Time — in a couple years — for USC and UCLA athletes to strap up their neck pillows, take a trip to the campus bookstore for some quality in-flight reading and prepare for marathon […] 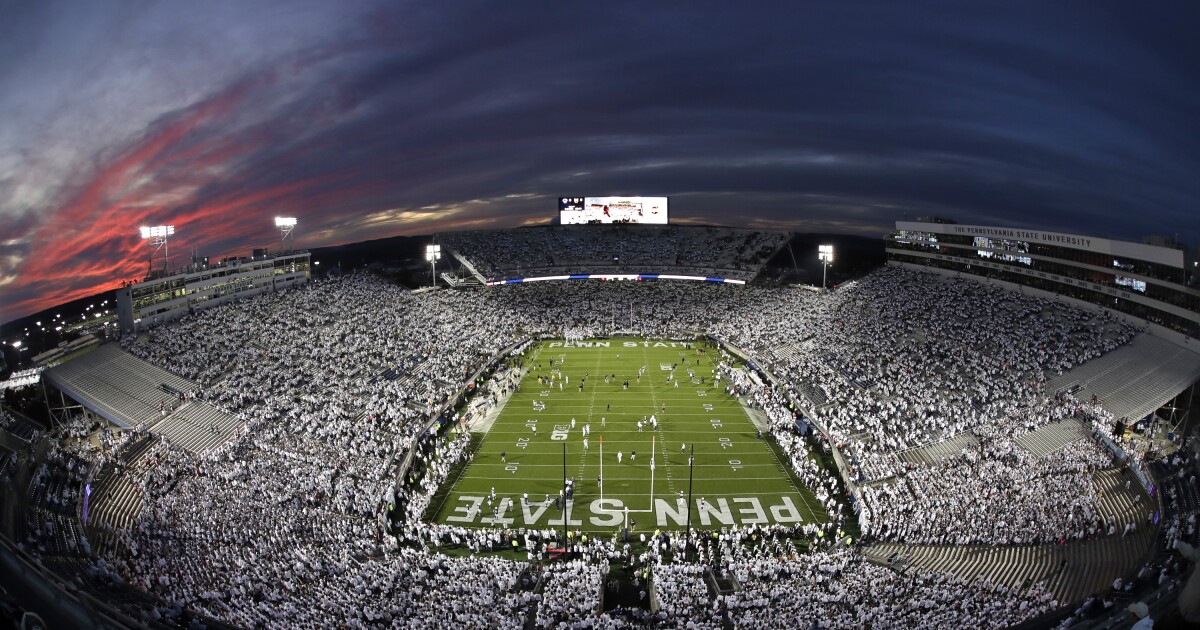